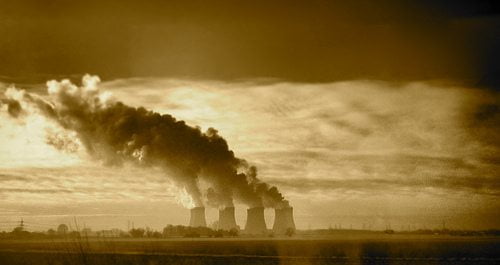 The House of Lords defeated the government in a vote on Monday that will see coal power stations forced to cut their green house gas emissions earlier than expected.

Peers in the upper house voted 237 to 193 in favour of closing a loophole that allowed plant operators to avoid applying a new emissions performance standard (EPS) to reduce their carbon emissions. Coal stations, largely considered to be the dirtiest energy source, could upgrade their systems in order to avoid cutting their carbon emissions by law. The amendment supported by the Lords will now force all coal powered stations to curb their emissions.

The amendment is also believed to make the UK’s oldest coal powered stations uneconomical unless they are equipped with carbon capture and storage technologies (CCS).

Baroness Worthington, a Labour peer who led efforts to support the amendment told the Guardian, “Low coal prices and high gas prices have caused coal stations now to be operating at higher levels than ever before and as a result we have seen UK emissions going up and not down and our carbon intensity increasing last year, not decreasing”.

The latest blow to high-carbon energy producers has also been welcomed by campaign groups, who say that politicians should do more to regulate the energy generation industry.

Joss Garman, deputy political director of Greenpeace, said, “Cutting carbon pollution from coal burning is the cheapest and most effective way to clean up the energy system. Liberal Democrat peers were right to stand up to the big energy companies, and now Nick Clegg must seize this initiative and ensure these tougher pollution controls become law.”