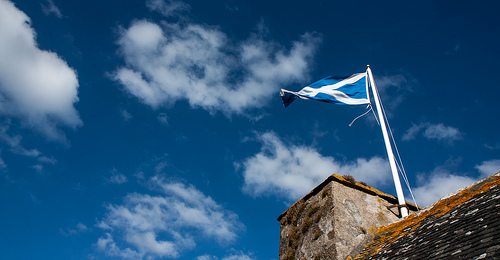 The majority of Scottish businesses do not have a plan in case Scottish voters back an independent Scotland at the referendum in September, says a survey from financial services firm KPMG.

Some 84% of survey respondents admitted that they have not made continuity plans ahead of the historic vote on September 18. The responses revealed that businesses feel as though they are not adequately informed to make a decision, with their biggest concerns centring on the tax regime, possible changes in currency, and cross border trade.

Jon Meeten, head of tax for KPMG Scotland, explained that the potential creation of an independent and wholly separate Scottish tax system could give rise to a “period of uncertainty” for businesses and individuals, which 29% of participants said they were concerned about. However, he added that a new tax system would also create opportunities to design a more effective system tailored to Scotland’s specific requirements.

Supporters of an independent Scotland and the union have been publishing conflicting pieces of research and figures, leading to many being confused about the potential impacts of either decision.

Craig Anderson, senior business partner at KPMG in Scotland, said, “It is clear that the business community is still seeking to have concerns allayed as we move closer to September 18. Our research suggests that most businesses probably do not feel sufficiently informed to make appropriate long term plans, with any action likely to be taken only when the outcome is known.”

At the beginning of June the ‘poll of polls’ suggested that voters would back the union. However, the gap between the two responses had been narrowing in the months before, suggesting that on the day of the referendum a ‘yes’ vote could happen.