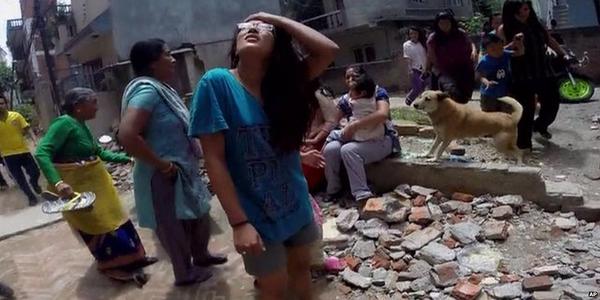 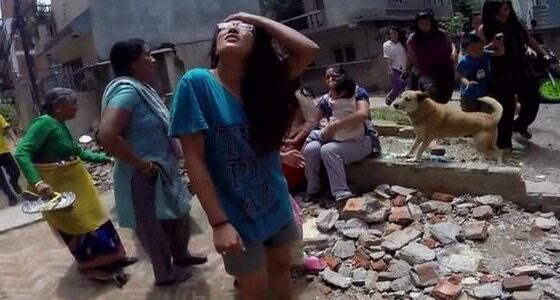 A major earthquake with a magnitude of 7.3 has hit the South Asian country of Nepal, just two weeks after a quake devastated the region killing more than 8,000 people.

Reports on The World at One on Tuesday suggested that 37 people had been killed in the latest quake, but the death toll is expected to rise further still.

The US Geological Survey located the latest earthquake approximately 80km to the northeast of the Nepalese capital of Kathmandu, saying that the quake occurred as a result of underthrusting of the India plate and the overriding Eurasia plate to the north.

The earthquake was followed by six aftershocks, each of 5.0 or higher in magnitude.

The BBC reported that the latest quake hit the capital of Kathmandu, which was devastated by the quake last month, at 1225 local time (0650 GMT). People rushed out of buildings and patients were wheeled out of hospitals in wheelchairs.

Districts to the north-east of the capital are believed to have been hit the hardest this time round and rescue teams have been sent to provide assistance. Authorities are warning people to stay outside and asking them not to overload telephone networks.

Simon Cox, presenter on the BBC World Service who is in Kathmandu posted pictures to Twitter of emergency service workers trying to build makeshift shelters for hospital patients.

Charities already working with partner organisations in the area are now racing to get relief supplies through to the area hit by the latest earthquake.

Christian Aid emergency programme officer Yeeshu Shukla, already in Nepal to help co-ordinate relief efforts after the first earthquake, was in the Sindhupalchowk region some 40 miles away when the earthquake hit.

“For a moment, I felt that the building I was in would come down. We rushed out. Everyone was out on the street, some of them panicking, with mothers screaming, looking for their children. There were four or five severe after-shocks and some buildings collapsed”.

Shukla added, “Travelling later towards Kathmandu the roads were lined with people too scared to re-enter buildings, with heaps of rubble where some had structures had collapsed.

“Now the race is to get relief through to the worst hit areas – clothing and other essentials. There is a shortage of drivers, however, many of whom have returned to their homes to be with their families.”

You can donate to the Christian Aid appeal by clicking here.