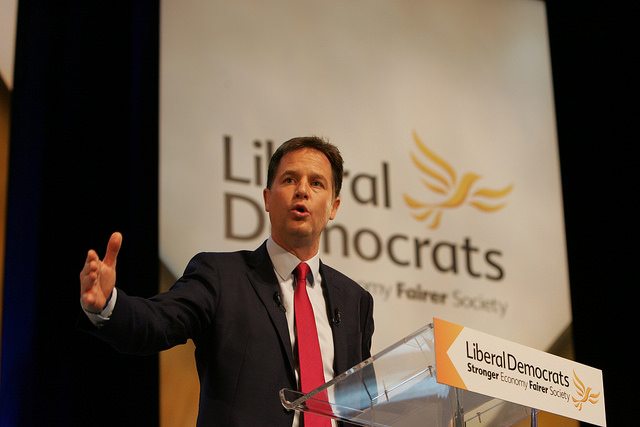 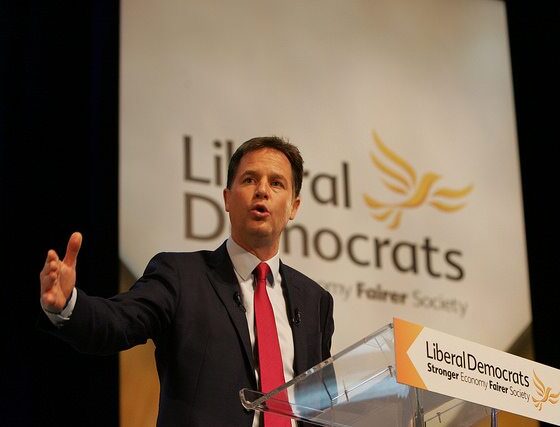 Nick Clegg: energy and climate targets are not ‘green crap’ for Lib Dems

Speaking during the last day of his party’s annual conference in Glasgow, Clegg outlined a series of green measures for Britain.

They are “laws that will commit British governments to reducing carbon from our electricity sector”, he explained.

“[We will] create new, legal targets for clean air and water. Give everyone access to green space. Massively boost energy efficiency and renewable energy. Prioritise the shift to green cars. Bring an end to dirty coal.

“It’s not green crap to us”, he added, taunting his coalition partner Cameron, who allegedly used the expression referring to green levies last year.

Reports from the Sun revealed that an unnamed senior Tory said, “The prime minister is going round Number 10 saying ‘We have got to get rid of all this green crap’”, provoking criticism from green groups and other political parties.

During the conference, Clegg previously said that the Lib Dems would build new garden cities between Oxford and Cambridge and increase diversity in the banking sector, by encouraging community banks.

Friends of the Earth’s senior political campaigner Liz Hutchins said, “Nick Clegg is right to pillory the PM over his environmental commitment. For people who’ve been flooded or choking on polluted air, for those threatened by fracking or shivering in heat-leaking homes, green is most definitely not crap.

“But the Liberal Democrats have themselves failed to hold the green line in the coalition, capitulating on landmark issues such as a legally-binding target for cleaning up UK power generation. Liberal Democrat green credibility will ultimately be judged by what they do in office – not the promises they make for the future.”