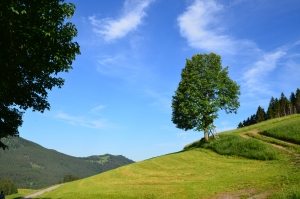 Nominations have now opened for the 2015 Observer Ethical Awards, which are celebrating their tenth anniversary. The awards are an annual event recognising businesses, individuals and communities working to improve the environment.

The Observer Ethical Awards were set up in 2005 to recognise and reward those in society who make efforts to promote sustainability and social justice. Lucy Siegel, a columnist with the Guardian and Observer, is the brains behind the awards.

In an article published in the Guardian, Siegel commented, “Ten years ago we launched the Observer Ethical Awards with the vague notion that a lot of good people were doing brilliant things to bring environmental and social justice to the UK and that should be celebrated. We also had a vague hunch that this was where the real change would come from – as opposed to waiting for government.

“A decade later these awards (sometimes gratifyingly called ‘the green Oscars’) are rooted firmly in the annual events calendar and attract thousands of entries. Our alumni have achieved spectacular things, from changing conservation law to securing major funding for designs that will change the way we store clean energy. They have written books, set up brilliant businesses, taught thousands of kids how to be green and built houses from straw bales. I could not be prouder.”

There are nine categories open for nominations, raging from community energy project to campaigner of the year and best ethical product of the decade to the sustainable style award.

Last year music legend Brain May was amongst those recognised for their work in green living. May, who is better down as the lead guitarist in Queen, won the Campaigner of the Year award for his work in the service of animal rights.