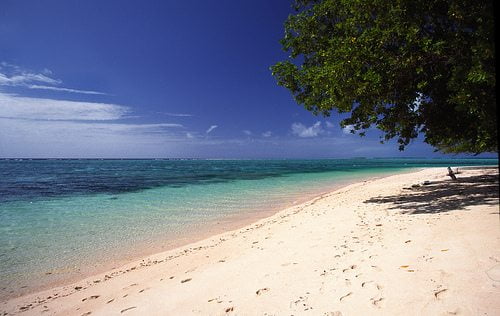 High tides in the Marshall Islands have exposed the graves of 26 Japanese soldiers who died during the second world war. The country’s foreign minister noted that “even the dead are affected” by climate change.

Rising sea levels, fuelled by warming temperatures in the Pacific, washed up what is left of 26 Japanese soldiers, likely dating back to the 1940s. Skeletons, along with war equipment, were found on Santo Island after high tides hit the archipelago in the spring.

During UN climate talks, foreign minister of  the Marshall Islands Tony de Brum told the press, “These last spring tides in February to April this year have caused not just inundation and flooding of communities but have also undermined regular land, so that even the dead are affected. There are coffins and dead people being washed away from graves. It’s that serious.

“We think they are Japanese soldiers. We had the exhumed skeletons sampled by the US Navy in Pearl Harbour [in Hawaii] and they helped identify where they are from, to assist in the repatriation efforts.

Small island states are among the most affected by climate change, especially because of land loss caused by rising sea levels and the impact of natural disasters.

The news about the Japanese soldiers emerged during the latest round of climate talks, where 170 nations met in Bonn, Switzerland. Brum said that it looks like developed countries are finally understanding the serious threat that climate change poses to island nations.

He added, “We think they are [getting the message], but not quickly enough to climate-proof some of our more vulnerable communities”.