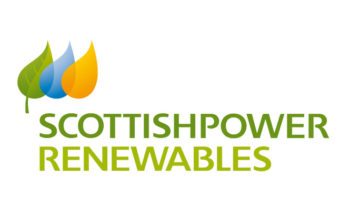 ScottishPower Renewables has agreed to what’s believed to be Europe’s largest wind turbine contract for a single project. They have completed a deal with Siemens, which will see 102 wind turbines supplied for the East Anglia ONE offshore windfarm. It’s been announced that the contract will be worth up to one-third of the overall £2.5 billion project investment.

The agreement comes on the same day that the Low Carbon Contracts Company confirmed that the Contract for Difference (CFD) milestones have been fulfilled, ensuring that East Anglia ONE will be the best value offshore windfarm to go in to construction anywhere in the world.

Keith Anderson, CEO of ScottishPower Renewables, said: “We have concluded Europe’s largest project-specific wind turbine agreement just a month after taking our final investment decision, and we have scaled the final hurdle by satisfying our CFD conditions with the Low Carbon Contracts Company. It is now full steam ahead for East Anglia ONE, with ground set to be broken early next year.

“East Anglia ONE is the first of up to four projects we would like to build in the southern North Sea, and we hope that our plans will stimulate jobs and investment for the UK and across the region for decades to come.”

Neil McDermott, CEO at Low Carbon Contracts Company, added: “The milestone requirement is a key obligation under the CFD and we look forward to working with East Anglia ONE to deliver this landmark project.”

East Anglia ONE will utilise 102 turbines, each with a capacity of 7-megawatt (MW), which in total will power more than 500,000 homes every year. With the CFD milestones achieved and confirmed by the Low Carbon Contracts Company, the project will be delivered at a price of £119/MWh, a cost reduction of 20 per cent compared to other offshore wind farms that have been built in the UK.

Ignacio Galán, Chairman at Iberdrola and ScottishPower Renewables, said: “Offshore wind power is a vital component in global efforts to help to deliver the binding agreement achieved by more than 170 countries at the COP21 meeting in Paris and signed last week in New York.

“As a worldwide leader in renewable energy, we have always focused on clean technologies that are competitive enough to deliver real energy solutions. Offshore wind works. We have seen this in our highly efficient West of Duddon Sands project, and cost reductions are already benefiting the delivery of our Wikinger project being constructed in Germany.

“East Anglia ONE will raise the bar further, as technology matures and expertise in the supply chain increases. We see huge potential globally for offshore wind, and we will continue to lead the industry in driving down costs.”

The 75 metre long turbine blades are planned to be fabricated in Siemens’ new factory in Hull, and £5 million is set to be invested in Great Yarmouth Harbour, which will act as the pre-assembly port for the installation of the turbines.

The turbine agreement is the largest individual contract placed as part of the £2.5 billion project, and will help to support many of the 3,000 jobs that the project aims to create during construction.

Michael Hannibal, CEO Offshore of the Siemens Wind Power and Renewables Division, said: “Siemens is delighted to work with ScottishPower Renewables on East Anglia ONE offshore wind power plant. This also represents the largest single order ever for our direct-drive, 7-megawatt wind turbine.

“The decision to go with our innovative wind turbines underscores the contribution made by these units to reducing the costs of offshore wind power.”

ScottishPower Renewables is delivering a large cut in the cost of offshore wind power through East Anglia ONE, with a cost of electricity set at £119/MWh after a successful bid in the competitive UK Government auction. This cost reduction has been made possible by ScottishPower Renewables’ use of advanced technology, such as these larger and more efficient turbines.