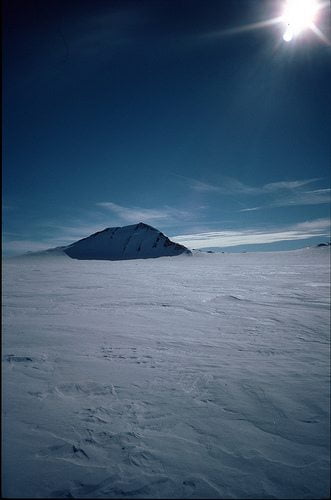 The 74 scientists, tourists and crew aboard a ship stranded in the Antarctic have been told that they could be evacuated by air if an Australian icebreaker fails to reach them.

The Russian ship, Academic Shokalskiy, became icebound on Christmas Day after extreme weather conditions led to the ice surrounding the vessel closing up.

The Chinese icebreaker Snow Dragon made an attempt to reach the ship, but got stuck itself and was forced to return to open waters. Snow Dragon came within about seven miles of Shokalskiy, and one of the crew tweeted a picture of the rescue ship on the horizon.

An Australian icebreaker, the Aurora Australis, is expected to arrive at around 1pm GMT on Sunday. If that rescue attempt fails, air evacuation will be considered as a possibility.

“That would happen by the Chinese vessel sending their helicopter to us, us preparing a helipad on the ice next to the ship and flying passengers from that ice onto the other vessels. Then taking them home via the Ross Sea or [Australian Antarctic base] Casey base by ship.”

The sea ice is between four and five metres thick in some places, although Prof Chris Turney, one of the researchers aboard, tweeted saying that cracks had begun to appear around the stranded vessel.

Whilst stranded, researchers aboard the ship have been photographing marine life below the ice and counting birds in the local area.

In May, rapid ice melt in the Arctic forced a Russian crew to evacuate their research station. An excavator was sent to collect the stranded researchers, with scientists attributing the dramatic thaw to climate change.