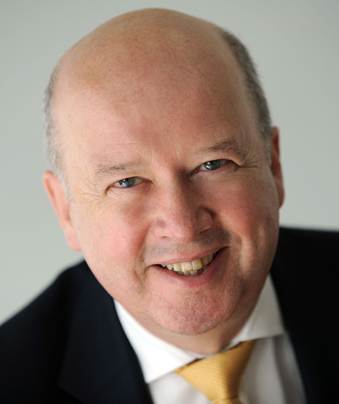 Some climate scientists believe that we’re past the point of mitigation. In other words, we can’t stop climate change.

It is very clear that we must adapt. Investing in areas like energy efficiency, recycling and water control will help the world avoid the potentially catastrophic consequences that are currently heading our way.

And one fund is doing just that.

The Legal & General Global Environmental Enterprises Fund looks to invest in sectors that it thinks will benefit from the adaption to climate change, focusing on three key areas: energy efficiency and energy management, low-carbon energy production, and waste, water and pollution control.

“Each company we invest in must be generating at least 50% of its turnover from one of these three core themes”, explains Simon Ellis, managing director of Legal & General Investments.

“Someone like Siemens or GE may be involved in solar panels or wind turbines, but if less than 50% of their turnover come from this, we don’t believe their business is driven by one of these three sectors – they just happen to be involved in it.”

HSBC Quantitative Techniques provides the initial global stock screens, whilst Osmosis checks the companies for relevancy against the three themes that the L&G fund focuses on.

“The portfolio is invested on an equal basis across 100 stocks, those stocks are then divided across each of those three themes and rebalanced on a six-monthly basis”, says Ellis.

“Osmosis is basically taking the refined universe from HSBC and then applying more of a qualitative screen to work out exactly which activities the firms are involved in, before popping them into one of the three buckets, and trying to make sure that the portfolio is equally weighted across each of the themes.

“Within the buckets, what we’re trying to avoid for example, is a significant overweight to one particular industry. We’re trying to make sure there is a balance.”

Launched in June last year, the fund is unlike many of its competitors, in that it sets out to perform well by highlighting which areas will be the most profitable in the future, taking into account global warming.

Ellis describes how the L&G team had initially sat down and thought about what they saw as the global sustainable megatrends on a 20 to 30 year basis, and eventually came up with a list of four.

“The first is the continued adoption of technology”, he says. “We think global technology is set to continue for a sustainable period of time.

“The second is the emergence of the third/second world to first world standards, so we describe that as global emerging markets.

“The third one is the world adapting to energy shortage/climate change.

“And the fourth one, which is a lot harder to invest in, is the age of ageing.

“Both the UK and the US have just rolled over into a period in which there are more retired baby boomers than there are ones of working age.”

Since first getting involved with ethical and environmental investment in 1990, Ellis has worked for some of the UK’s biggest investment firms, including Fidelity, AXA and Henderson, which was recently in the news for closing its SRI team.

Ellis recalls the difference between the sector from when he first entered it, to the modern day.

“Back then, the majority of funds in this area were essentially screening out companies involved in unethical activities”, he says.

“One of the challenges has been that many investors have felt that actually you’re screening out things that might make some money.

“Whilst they’re happy to invest their principles, they would like to make some money in time.

“The way we see it is that you should be looking to find companies that are going to benefit from the change, which is why we go for positive screening rather than negative screening.

“So instead of choosing the cleanest oil company, we’re actually interested in companies that are involved in replacing oil.”

The ethical investment sector, by its own accord, is an emerging market. Conventional investing is still the overwhelming majority, and it’s very rare that an investment management company would offer solely ethical or sustainable assets.

L&G is one of the most well-known investment firms in the UK, and like the majority of its competitors, offers a range of investment vehicles for both private and institutional investors.

Ellis highlights three reasons why an individual should consider the Global Environmental Enterprises Fund over another option.

“The first is that our approach to positive screening across these three themes is unusual.

“The second is the way in which we guarantee the diversity of the portfolio across the three key sub-themes, and refresh that diversity every six months to make sure that we’re always exposed to the totalities of theme.

“And the third thing that I think makes it stand out is that there is genuine global exposure, and it’s driven by the market, rather than the opinion or experiences of an individual manager.”

The benefit of being a broad-ranging investment company, Ellis adds, is that it is approaching each investment – regardless whether it’s ethical or not – with the intention of making money for investors.

On top of this, L&G was recently placed 25th in the Sunday Times Best Companies to Work For list of big companies.

With regards to the Global Environmental Enterprises Fund, Ellis believes that L&G’s investment strategy is a model that will become more mainstream in coming years.

“Here is an opportunity where, regardless of where the current governments are going to incentivise companies to do things, we’ve seen major companies trying to find ways of reducing their costs, reducing their waste, and make more efficient use of energy, simply because it makes sense commercially for them. That’s where the opportunity is”, he says.

“I would say people should be investing in us on the basis that it is a long term investment, but the rates of growth in the companies involved in this sector, are going to be disproportionately high.

“Today, most equities are not commanding a premium against each other, so these high growth companies, you could argue, actually look quite good value, given the growth rate that is implicit within their business model.”

The common misconception that you have to sacrifice performance when investing ethically is simply just not true anymore. Instead, investments of this kind often combine two important factors: good returns and good ethics.

If you want to find out more about the Global Environmental Enterprises Fund, visit L&G’s website. And Simon Ellis, along with June Aitken of Osmosis, explains more about the fund in this video.

Meanwhile, get in touch with your IFA if you’re interested in sustainable investment more generally, or fill in our online form and we’ll guide you through the process.