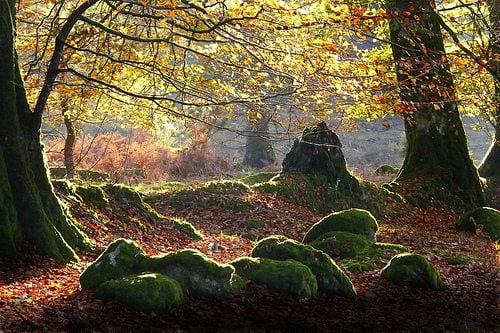 The Woodland Trust has announced its plans to restore 52,000 hectares of damaged ancient woodland, and warned that some of the UK’s most treasured trees are threatened by disease.

The organisation’s £2.9m restoration project is boosted by £1.9m worth of funding from the Heritage Lottery Fund (HLF). It plans to make up the remaining total by collecting donations from the public and its partner organisations.

Tim Hodges, the Woodland Trust’s woodland restoration programme manager, said, “Many conifer plantations which have been planted since the second world war are approaching maturity and due to be felled.

“By working with landowners now to begin restoring these woods there is a once in a lifetime opportunity to prevent these woods being re-stocked with a further round of conifers which could compound the damage already done to the wildlife that remains.”

However, the Woodland Trust is concerned about the future of 84,000 ancient noble trees that it says face threats from diseases and pests such as ash dieback and at least 15 other illnesses.

Conservationists say ancient trees are also in danger for human-caused activities, such as the development of the new HS2 rail line.

Austin Brady, head of conservation at the Trust, said, “These huge stalwarts have taken centuries to grow and their loss would just be devastating not only for the landscape but also for the environment.”

In April, a study by the University of Exeter showed that people living in cities with more green spaces have a better quality of life and less mental distress. Meanwhile, the UN claimed that healthy forests and responsible forestry were crucial for economic development.