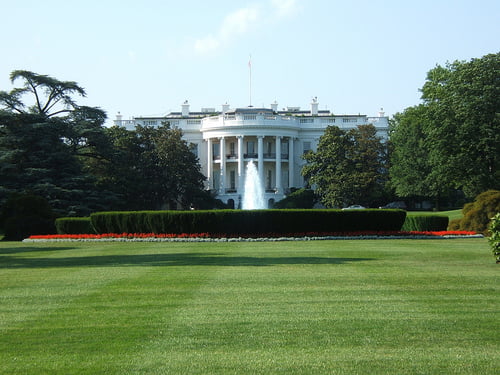 Twelve years ago today, the US Supreme Court gave a ruling that declared George W Bush the country’s 43rd president. Now that the dust has settled on the 2012 election, Charlie Wood writes how it is clear that practically nothing has changed when it comes to the environment.

The reign of Barack Obama has not been entirely bad for the environmental lobby, although many would take exception to that statement. The figure of $90 billion set aside for energy efficiency initiatives in the 2009 stimulus package was oft-cited by Republicans during the election cycle to underline profligacy on the administration’s part. Although a small portion of this money has clearly been badly invested (see Solyndra) the vast majority has gone towards initiatives like grid modernisation and home energy improvements – projects supported in principal by both major parties but only ‘owned’ by one.

There is a distinct sense however that the president’s environmental efforts may be curbed to a large extent during his second term. There was some furore over the lack of a climate change question in any of the three presidential debates, and although I have defended this strategy, I don’t believe it bodes well for members of the electorate who urge further action.

Obama has even admitted since the election that this is not considered a priority, saying, “There’s no doubt that to take on climate change in a serious way would involve making some tough political choices […] if the message is somehow we are going to ignore jobs and growth simply to address climate change, I don’t think anybody’s going to go for that. I won’t go for that.”

This statement prompted a withering response from the generally Obama-leaning Slate magazine, and seems to provide some insight into the mind-set of the president going into his second term – he’s done his bit for climate change at some political expense, now he wants to leave an economic legacy. For a pragmatist like myself, there is some merit to be seen in this way of thinking and, politically, there is little for Obama to gain and much to lose in going greener.  He personally will never again run for office, but by forcing through green initiatives he would forfeit vital political capital to a belligerent GOP controlled house

There will however be no shortage of voices urging him on both within his own ranks and from the media, and members of the new intake could adopt climate change as an issue to boost their political profiles and ambitions. This may seem like a rather craven way at looking at such an important cause, but the reality is that although the general consensus within the Democratic Party is that climate change is real, it is often the case that speaking out does not play well with local electorates (particularly in the South).

Politicians justify their tailored positions by saying if they are not elected they really can do nothing, but one particular state stands out for its commitment to energy efficiency and the profile of its newest members of congress. That state is Massachusetts; now represented by senator-elect Elizabeth Warren and congressman-elect Joe Kennedy III, RFK’s grandson.

Warren is in equal measures revered and loathed across the US political classes for her contribution to the Trouble Asset Relief Program (TARP) during her time as chair of the Congressional Oversight Panel in the aftermath of the world financial crisis. Her expertise in the field of economics gives her a particular perspective, and in her campaign literature she went over and above the party line regarding energy and the environment, citing the onus on the people of Massachusetts to “protect our environment to support jobs and economic growth in the tourism industry” as well as highlighting that “renewable energy competes with old energies that get lots of special breaks from Washington”.

She also declines to mention the oxymoronic anomaly ‘clean coal’, nor champions the ‘all of the above approach’ that has become the de facto moderate position – she specifically advocates producing energy using wind, solar and hydropower.

The name Kennedy evokes many images, among them politics and Massachusetts. In January, Joseph P Kennedy III will become the umpteenth member of the Kennedy family to take a seat on Capitol Hill, and his surname will guarantee a hearing for any issues he wishes to explore. Kennedy’s campaign literature includes a well-written, substantive, frankly wonkish position paper entitled A Comprehensive Energy Policy for the 21st Century. Transportation policy, offshore wind energy and conservation and efficiency, among other things, are addressed in detail (it really is comprehensive, and unless I missed it, he doesn’t mention clean coal either).

These positions on energy and the environment may not seem radical by European standards, but the US is a country that loves its big cars and air-conditioners. Keeping climate change on the agenda is an incredibly tough sell, but the next two to four years may not be completely wasted if these high-profile newcomers can combine their efforts to do what they clearly believe is in the best interests of their state and their country.

There will be very little help from the other side of the aisle – there are only so many John McCains, and even he is playing more and more to his base now that his presidential ambitions are a memory.

A glance at the campaign literature of Ted Cruz, possibly the highest profile GOP rookie, exemplifies the Republican stance of “Drill, baby. Drill!” and this policy indicates that whatever the Democrats do will be purely symbolic given the state of gridlock in Washington.

They have to try, though.

Reader survey: tell us what you think of us to win an iPad mini or Kindle Fire