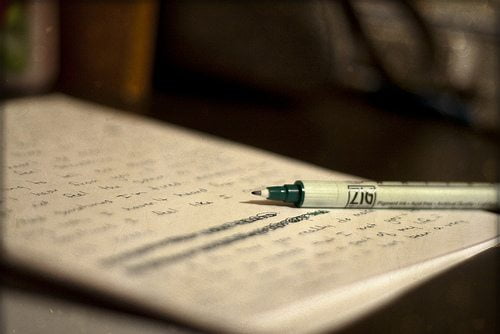 Personal finance magazine Money Observer recently described National Ethical Investment Week as a “damp squib” because of the results of a survey conducted by Ecclesiastical. The comprehensive research showed that people find it easier to engage in straightforward ethical activity, such as day-to-day spending, but harder when it comes to the complexity of investment.

As we reported, “The poll of 2,000 people found that while 60% would describe themselves as ethical consumers, only 35% were self-proclaimed ethical investors. This is despite all investors claiming they were “concerned” about what they were investing in.”

This is not the same as, “National Ethical Investment Week may be something of a damp squib according to research from Ecclesiastical Investment Management: it seems investors are just not ethical”, as reported by Money Observer.

This trend will only ever get stronger as the next generation of investors finally begin to invest. The post-1970s generation (average age of first investment is 42, so those born 1971 and after) has grown up with environmental and human rights awareness. Their disinclination to vote and lack of investable assets until now has hidden what tomorrow’s highly connected and environmentally-conscious investors think. They will quickly become frustrated with the degraded prosperity, civil unrest and planet they’ve been left with.

The golden age to be born was in 1948. That generation prospered from a post-war political consensus, rising property prices, generous pensions and cradle-to-grave care. Global warming and climate change were unheard of.

The selective education of grammar schools provided a path of social mobility into free university places for some. Research by Prudential Insurance in 2009 identified the previous year as the last year the majority (52%) could retire at 60 on a final salary pension. In the year of the research, the figure was a third and still falling. Retirement ages continue to rise and pension are becoming far less generous.

Tomorrow’s investors face the economic risks of population growth, out of control pollution, resource scarcity, biodiversity loss, environmental degradation and the inability of oil and gas companies to burn the reserves upon which their shareholders and so many pensions depend. The mainstream investment community is grappling with this reality, trying to make a transition without bringing the system crashing down.

We were delighted to report at our Sustainable Investment Bootcamp that 74% of financial advisers report get requests for sustainable and ethical advice and that those requests are growing; that ethical funds outperform their conventional peers, according to recent statistics; that the wealthiest investors are putting an increasing share of their wealth into sustainable funds; and that 22% of funds globally are invested sustainably.

We live in a perilously fragile world, facing the twin threats of resource scarcity and over consumption. Regardless of the environmental issues we have not solved, these underlying global imbalances caused the last financial crash – and that’s according to the Financial Times.

This is a recipe for economic, social and environmental disaster. Smart investors and sensible capital are moving their assets to address these challenges, diversifying away from the inherent risks and investing in the opportunities they create.

It is pity that much of the financial press lags so far behind institutional, high net-worth and sophisticated investor opinion by dismissing sustainable investment. The fact that a significant but rapidly declining majority of investment advertising which underwrites them is unsustainable, irresponsible and unethical, is clearly not affecting their worldview.

The ‘keep calm and carry on’ financial press is happily advising their readers and investors to ride with them over the resilience cliff. Sustainable, socially responsible and ethical investment is the future and the smartest investors in the room know that already.