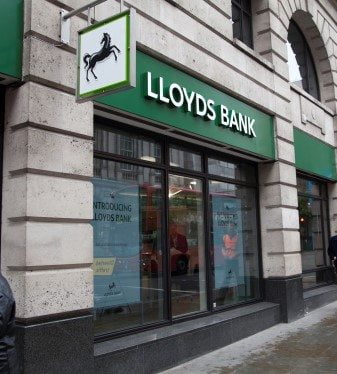 An investment vehicle that lost out in the auction of 630 Lloyds Bank branches in 2012 has moved to take legal action against the bank after it was decided that the Co-operative represented better value for shareholders, reports claim.

Crystal Amber describes itself as an “activist fund” that takes stakes in “undervalued companies and taking action to enhance value”.

In 2012, the Co-operative Bank struck a deal to buy 632 Lloyds TSB and Cheltenham and Gloucester branches, taking on 4.8 million additional customers. The Co-op had agreed to pay an initial sum of £350 million, rising to £750 million depending on performance. However, the deal later collapsed shortly after the bank revealed losses in a “challenging” year. The bank has since faced numerous capital and governance issues.

NBNK had attempted to purchases the branches for £1.5 billion. However, it was decided that the Co-op would provide greater certainty and represent better value for customers.

This has led to Crystal Amber’s desire to pursue Lloyds through the courts. It is thought that NBNK will argue that the outcome of the auction for the branch network, which was given the name Project Verde, was influenced by the Treasury because it wanted a mutually owned bank to have a stronger presence within the UK banking sector.

One NBNK investor told Sky News, “This was not a level playing field. That has become clear. NBNK has paid £30 million to compete in an auction it had no chance of winning.”

“Whilst the legal test is a substantial one, it was always felt that the Verde process was heavily geared towards the Co-op’s success,” another investor commented.

State-backed Lloyds has recently confirmed that it is set to launch the stock market flotation of TSB, with a 25% stake in the bank open to retail investors.