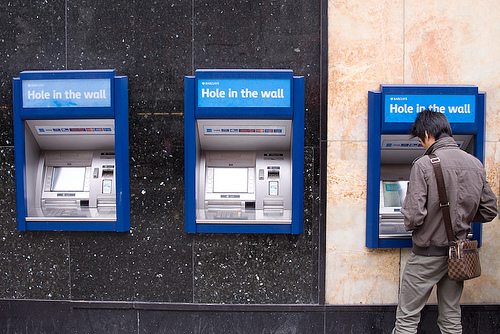 One in four current account holders would switch providers if they thought the process would run smoothly, a new study has claimed.

The research by M&S Bank reveals that 26% of current account customers are considering changing banks, with 5% already switching in the last year.

The M&S Bank Ready to Switch Index also asked customers what would put them off the idea of switching. A quarter said they thought it would be too much hassle, and 23% said they would be worried that payments might go in to or out of the wrong account.

“Many people have concerns around mistakes being made and believe switching is a difficult process. However, with over 80% of switchers saying it was easy, we want to reassure people about the process.”

He added, “The right bank account can make a huge difference, so it’s important that consumers do their research and find the account that fits into their lifestyle; whether that’s banking at a time that suits them, an interest-free overdraft, or perks and rewards.”

From September, new rules come into effect meaning that banks must take no longer than seven working days when switching customers’ accounts.

Calls for such a system were introduced by Sir John Vickers, who chaired the independent commission on banking. The Vickers report  claimed, “Consumer satisfaction levels are low and the perceived costs of exercising market choice by switching accounts are ‘remarkably’ low.”

A survey by independent switching service uSwitch.com last week claimed that as many as 42% of bank customers are likely to change providers when the new rules take effect.

The study added that 18% of customers were unsatisfied with their current account provider, with the big five high street banks fairing especially badly.