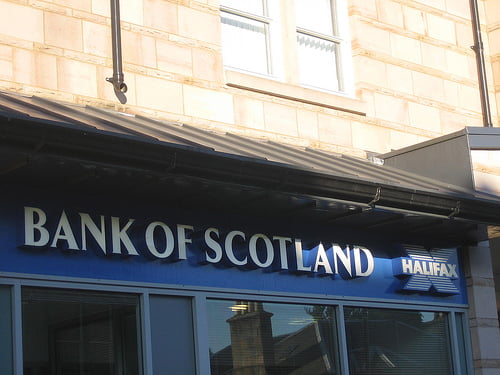 The parliamentary banking commission has criticised three ex-HBOS executives over their “colossal failure” amid the financial crisis of 2008, and called for the trio to be banned from the City indefinitely.

The commission’s damning report, which serves as a rallying cry for sustainable and responsible banking, describes HBOS’ near-collapse as “an accident waiting to happen”. It was later rescued by Lloyds Banking Group after amassing £47 billion in losses.

The three executives – Lord Stevenson, Sir James Crosby and Andy Hornby – are said to be at fault for events that led to the bank’s crisis five years ago.

The report concludes, “In many ways, the history of HBOS provides a manual of bad banking which should be read alongside accounts of previous bank failures for the future leaders of banks, and their future regulators, who think they know better or that next time it will be different.”

The banking commission said HBOS, which was formed in 2001 after the merger of the Bank of Scotland and Halifax, “created a new culture in the higher echelons of the bank”. It describes this culture as “brash” and “underpinned by a belief that the growing market share was due to a special set of skills which HBOS possessed and which its competitors lacked.”

It added, “The effects of the culture were all the more corrosive when coupled with a lack of corporate self-knowledge at the top of the organisation, enabling the bank’s leaders to persist in the belief, in some cases to this day, that HBOS was a conservative institution when in fact it was the very opposite.”

“When internal criticism from seasoned banking professionals did appear, it was routinely ignored Even questions from external bodies such as regulators were ignored or evaded”, Spicer added.

“This created a colossal self-delusion of the risks the bank faced which seemed to go from the top to the bottom of the organisation.”

The Financial Conduct Authority will be publishing its own report on the matter “at a later date”.

UPDATE: Sir James Crosby has since resigned from his post as adviser to investment firm Bridgepoint, following discussions with the company’s board.