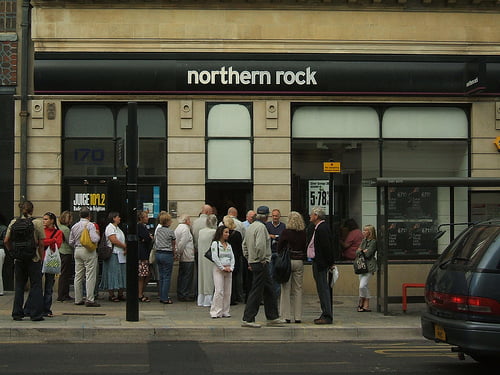 Banks will be allowed to fail in the future

The future head of Britain’s new banking regulator has warned that banks will be allowed to fail. Andrew Bailey will run the Prudential Regulation Authority (PRA) when it is formally launched on April 1 next year.

Speaking at the event, he said, “This will not be a zero failure regime, but one where firms can fail in an orderly way without major detriment to the wider system.

Banks will also face a more intrusive oversight under the PRA. Bailey said the body would be “looking closely” at banks in order to ensure they are “sustainable”. He has also said that the PSA will employ a judgement-based approach rather than box-ticking.

With the way in which banks will be allowed to fail in an “orderly way” as yet undefined, it’s important that businesses ensure their money and investments are protected. If a bank does fail, the Financial Services Compensation Scheme (FSCS) kicks in.

The FSCS will currently compensate deposits with a failed bank up to the limit of £85,000. Although it was set up to assist private individuals, some smaller businesses are also covered, but larger businesses are generally excluded.

However, in this instance it is possible that the government would step in as it did when the Icelandic banks failed in 2008.

The recent demise of ING Direct, which was subsequently bought by Barclays, emphasises how an innovative bank can run into problems. The deal followed a review in August into the Dutch group’s businesses in Britain and Canada. It sought to raise funds to repay cash owed after a state bailout at the height of the financial crisis.

“I agree with what is trying to be done, but since 1988 we’ve been through so many different regulators with different roles and every single one has been merged, shut down or criticised”, Adrian Pickersgill, director of West Midlands-based financial planners, Chatfield Private Client, said in FT Adviser.

“The problem is regulators will never be able to regulate an industry so fast and dynamic on its feet. The only thing it can do is clamp down on it so hard and tight that it ends up strangling the financial economy.

“Where there is money, there is greed and corruption. People either operate ethically or they don’t, and regulation won’t change that.”

Blue & Green Tomorrow’s recent Guide to Sustainable Banking explored some of the best, ethical, sustainable and responsible banking alternatives in the UK.