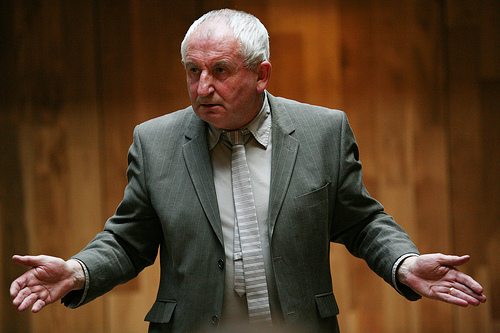 In an article published on Thursday, the social entrepreneur used the Church of England’s indirect investment in payday lender Wonga as an example of why the public must be better engaged with what their money is doing.

“If it points at anything, it is that even the church can get involved in lurid deeds and it must be more hawklike in future”, he wrote.

It was revealed in July that the church invested £75,000 of its £5.5 billion investment portfolio in a pooled fund that invested in Accel Partners – the US venture capital firm that helped Wonga raise sufficient finance to launch in 2009.

The revelation came just a day after the archbishop of Canterbury Justin Welby had said the church would try and “compete” Wonga, and other payday lenders, out of existence through credit unions.

In his article, Bird described this plan as “spot on”, saying that we need “new ways of lending to people on limited income” that were “commercial” and not “bloodsucking”.

He added, “The archbishop’s embarrassment throws up other indications, though, and throws revealing light into the investment world. If you are in possession of a pension, you may well be in a compromised position, not dissimilar to that of the archbishop.

“The largest amount of money in the world is not owned by banks, oligarchs, billionaires or the US or Chinese governments, it is the money owned by the pension funds.

“In the region of £20 trillion, it is the biggest of the biggest. And it is this, and much of its investments, that determine much of the justice and injustice in the world.”

Bird set up the Big Issue magazine in 1991, and for over two decades has worked to help homeless people in the UK and abroad. The publication’s model is to sell copies to homeless people (known as ‘vendors’) for £1.25, and they then sell it on for £2.50.

Although its readership has declined in recent years, the magazine is still read by 124,000 people a week. According to a recent reader survey, 84% of Big Issue readers think it’s important that a company “acts ethically”.

Bird concluded, “The archbishop’s predicament is our predicament: someone somewhere is taking the money we pay into pensions and driving someone to an early grave in the interests of our increasing pensions.

“The whole damn lot needs cleaning up. Ethical investment is the biggest of fights we need to engage in. And we need to be doing that now.”

Church of England, Wonga and ethical investment: what the last week has taught us