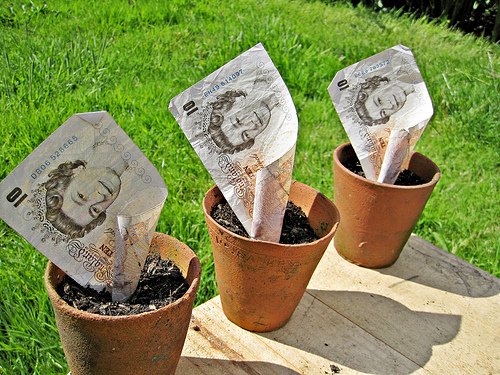 The chancellor will reveal the Treasury’s spending plans for the coming year in a speech in the House of Commons at 12.30pm today, and both ethical bank Triodos and specialist sustainable fund manager WHEB Asset Management have urged him to provide investors and savers with discounts when it comes to ISAs that benefit the green economy.

“Raising tax-free savings allowances and linking these to sustainable investment would mean more money for investment in green infrastructure while encouraging people to save”, Triodos communications officer Will Ferguson told Blue & Green Tomorrow.

“Perhaps it’s too much to ask that all new money invested in ISAs is ring-fenced for investment in the green economy, although the [amount] invested in ISAs in the last tax year would be a very welcome injection of capital to the sector.

“But providing an additional tax-free allowance for green ISAs is feasible with relatively minor changes to the system and could mobilise billions for investment in sustainable sectors.”

Some £54 billion was invested by 14.2 million investors in ISAs (cash and stocks and shares) in the last tax year, and a similar or greater sum will be this year.

The scope for channelling this money into the green economy is therefore huge – and green businesses have picked up on this potential.

“We’d like to see tax incentives for sustainable investments“, said Clare Brook of WHEB, whose Sustainability Fund looks to invest in companies that provide solutions to some of the most urgent sustainability challenges.

“George Osborne used to be all in favour of this, until he lost interest with the environmental agenda.”

Indeed, green ISAs were lauded as a key policy by the Conservatives, prior to the 2010 general election. Osborne said that some £2 billion a year would be injected into the sustainable sectors through a tax relief system, but in 2011, scrapped such plans.

This is despite the opening of the Green Investment Bank last year, which the green ISA scheme was initially going to help fund.

Triodos, one of Europe’s leading sustainable banks, offers a wide range of ISAs – all of which abide by its strict ethical policy. Ferguson added that Osborne should look to the Netherlands for an example of an economy that has already raised billions for the green sectors through sustainable investment.

He said, “With more than 14 million ISA subscribers annually in the UK, even just a small proportion using their additional green ISA allowance would provide a major boost to sustainable sectors, helping to create jobs and position the UK as a global leader in the field.

“This is how we fund the carbon gap, how we get banks lending again, how we stimulate green growth.

“And if this isn’t enough to convince the government that it should consider green ISAs – then it’s worth remembering that it was its idea in the first place, promoted by the Conservatives ahead of the last general election. No harm in recycling and reusing good ideas.”