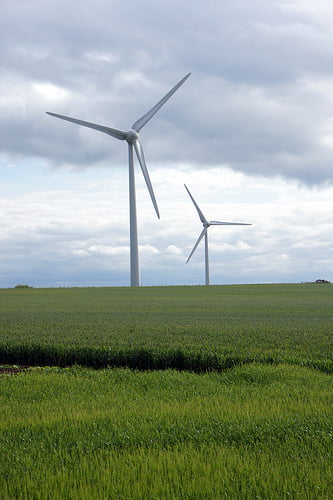 George Osborne gave his fourth budget statement as chancellor of the exchequer in parliament this afternoon, but his speech was light on support for the green economy. Here’s the pick of the reaction.

Click here to read more about what Osborne had to say.

“This was a 20th century budget for a 21st century economy.

“We got tax breaks for polluters and almost complete disinterest in the green economy, one of the only sectors that has consistently delivered jobs and growth in recent years.

“British businesses stand poised to become dominant forces in the global clean energy market, but they’re being undermined by a chancellor who seems increasingly ill-suited to the times we live in. This man lacks a vision.”

Andrew Pendleton, head of campaigns at Friends of the Earth

“This is yet another fossil-fuelled budget that will leave the UK struggling in the wake of forward-thinking nations that are already investing in the clean industrial revolution.

“A few crumbs of comfort for the green economy are dwarfed by his enthusiasm for new oil and gas. That will cut little ice with the major energy investors demanding he commit to a clean, resilient and future-proof economy.”

“This chancellor’s budget was remarkable in two respects: first in its overlooking one of the strongest-growing sector of the economy, namely the green economy; and secondly, in its determination to extend yet more tax breaks to the fossil fuel sector.

“With the annual growth rate for the green economy standing at around 5%, it’s simply amazing the chancellor shouldn’t be more vocal in supporting it.

“The prime minister himself has said that the countries that will win the global race in the future economy are the ones that will embrace new, clean green technologies like renewables and energy efficiency.

“It is disappointing that the first budget after the Kay review seems to have been a missed opportunity for the Treasury to strengthen the long-term investment agenda. A clear public policy framework would encourage asset owners, asset managers and company directors to take the necessary steps to build a positive culture of long-termism along the investment chain.

“The lack of reference to Professor Kay’s report follows recent news that the Treasury decided not to give their backing to an economic review of resource depletion, climate change and growth that had been backed by other government departments.

“We therefore urge the Treasury to help break down the barriers to effective long-term investment, and ultimately to help secure sustainable growth which boosts the economy while safeguarding the environment for future generations.

“We were, however, pleased to note that the Government intends to consult on a new tax relief to encourage private investment in social enterprises. We are hopeful that this new consultation will eliminate one barrier for impact investors and their financial advisers.”

“At a time when UK consumers are already feeling the pinch at the pumps, the government could do more to tackle the actual causes of rising prices.

“The chancellor’s budget and his statement today were really a mixed bag for the all those that believe in the UK’s low-carbon future.

“It’s a pleasant surprise to actually hear the Chancellor mentioning the need for a low-carbon economy. Still, he keeps on making the fundamental mistake of thinking that investment in renewable energy and cleantech ‘costs’ jobs. There is solid evidence from every corner of the world that investment in the low-carbon economy actually creates jobs and increases productivity.”

“In response to Lord Heseltine’s call, the budget referred to the energy bill, but our members are sceptical that the new regime will bring forward the major investments needed. We are working with DECC to resolve this, but there are no guarantees at this stage.

“The chancellor missed an opportunity today to ensure us that there is consistent, strong support for our sector across government.

“There is no meaningful dialogue between the chancellor, who speaks solely of the growth opportunities of gas and nuclear, and those calling for investment in renewables.

“We welcome the renewed emphasis on infrastructure, as well as the budget document’s statement that government will consider making more use of independent experts. Local, smaller scale renewables are every bit as critical to modern energy infrastructure as the major projects.”

John Cridland, director-general of the Confederation of British Industry (CBI)

“The commitment to take forward two carbon capture and storage projects and improve the tax regime for shale gas are welcome steps towards achieving a balanced and secure energy mix.

“It is now essential that the energy bill gets onto the statute book as soon as possible to create investor certainty in all forms of energy.

“The move to exempt certain sectors from the climate change levy is good news, as is the commitment to ensure that energy-intensive industries are shielded from new energy costs beyond this spending period.

“This is all the more important given the increasing difference between the cost of carbon in the UK and EU, and it is essential to ensure the competitiveness of our low-carbon industrial base.”