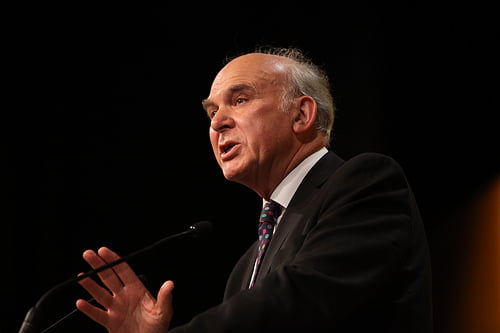 Cable sets out rules for binding votes on executive pay

Business secretary Vince Cable has enforced plans for a binding vote on executive pay, meaning public limited companies will be legally required to act upon shareholder dissatisfaction should they disagree with remuneration packages.

The announcement comes after it emerged last week that the pay-packets of top FTSE 100 executives had increased by 12% in the last year, despite a 5% fall in total revenue.

WPP is the latest firm in the index to have lost a shareholder vote over the issue, with Aviva and Barclays also having suffered similar fates recently.

Cable told the House of Commons, “At a time when the global economy remains fragile, it is neither sustainable nor justifiable to see directors’ pay rising at 10% a year, while the performance of listed companies lags behind and many employees are having their pay cut or frozen.

“In January we kicked off a national debate aimed at encouraging shareholders to become more actively engaged as company owners in better aligning directors’ pay with performance.

“I have been greatly encouraged by the ‘shareholder spring’ and I want to see that momentum sustained. That is why I am bringing forward legislation to strengthen the powers of shareholders through a binding vote on pay.”

Under the legislation, which forms part of the enterprise and regulatory reform bill, policy would be passed if 50% or more shareholders voted for or against it. A vote would take place every three years – something that has been criticised by Labour.

Shadow business secretary Chuka Umunna commented on what he called an “embarrassing climbdown” by the government.

“At a time when shareholders are becoming more assertive and engaged, the government is failing to do all it can to empower them to hold boards to account and act as a check against excess and rewards for failure”, he said.

“Now is not the time to be rowing back from reform, and Labour has called for ministers to go further.

“This U-turn on what we were led to believe was a flagship policy further undermines the credibility of Vince Cable and the emasculated Business Department, and adds to the pervading sense of a prime minister and chancellor out of touch with investor and mainstream opinion.”

As well as executive pay, shareholders will also be given a binding vote on exit payments. The Department for Business, Innovation and Skills says this will improve the link between performance and pay. It intends to implement the reforms in October 2013.