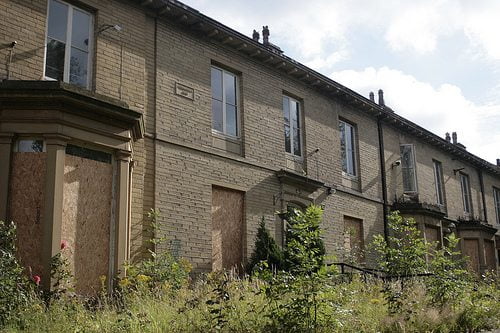 There are more than 700,000 empty houses in the UK and several million more in other European countries, enough to give shelter to all the homeless people in Europe twice over, new figures have revealed.

According to data collected by the Guardian, the largest numbers of empty homes are found in Spain and Italy – 3.4 million and 2 million respectively – two countries that were severely hit by the financial crisis.

There are also 1.8 million vacant houses in Germany and 700,000 in Britain, with the number of homeless people being higher than 4 million in Europe.

The overall number of empty properties, found also in Greece, Portugal and Ireland, totals 11 million in Europe. Campaigners call this a “shocking waste”, adding that these homes would be more than enough to shelter those in need.

David Ireland, chief executive of Empty Homes, a charity calling for empty houses to be given to vulnerable people, commented, “It’s incredible. It’s a massive number. It will be shocking to ordinary people.

“Homes are built for people to live in, if they’re not being lived in then something has gone seriously wrong with the housing market.”

He said that most of the empty homes are “investment vehicles” and are owned by wealthy individuals who bought the properties but do not live there.

According to a recent investigation by the Evening Standard, there are 740 empty mansions in London alone, worth £3 billion in total. London mayor Boris Johnson said the phenomenon was shocking and made “little sense”.

Another recent investigation found that a third of houses in London’s ‘billionaire row’, have been left empty for nearly 25 years.