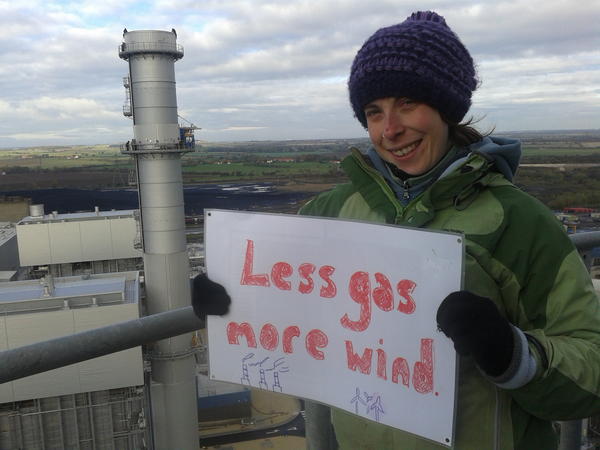 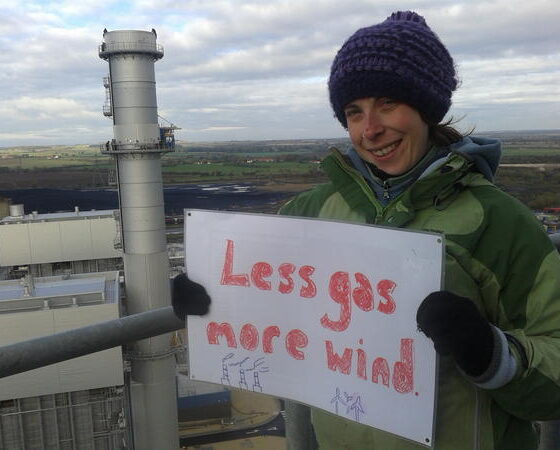 A Nottinghamshire gas power station has been forced to temporarily shut down, after a group of climate change campaigners scaled its chimneys to protest against the government’s so-called dash for gas.

Five people have been arrested on suspicion of aggravated trespass at West Burton power plant, which is run by energy firm EDF, but a number of protesters are still occupying the station.

The demonstration is being coordinated by campaign group No Dash For Gas, which broke into the compound in the early hours of this morning, before climbing the two cooling towers and setting up base.

“Energy bills are going through the roof, people are getting flooded out of their homes, we’re seeing droughts across the world but the energy companies are making a killing”, said Anneka Kelly, one of the activists occupying the chimney.

“We’re here because we want an electricity system that doesn’t cause our world to warm and our bills to rise ever higher.

“Gas is expensive and highly polluting, but if the government gets its way we’ll be reliant on it for decades. Instead we should be investing in clean high-tech renewables that slash pollution and in the long run will cost a lot less.”

A letter last month to energy secretary Ed Davey from the government’s independent advisers, the Committee on Climate Change, called for a rethink over the plans for the UK to rely heavily on gas, saying that doing this would be “incompatible” with meeting legally-binding carbon reduction targets.

George Osborne outlined that gas would be “the largest single source of [the UK’s] electricity in the coming years” in his budget statement earlier this year, but failed to acknowledge the finite nature of the fossil fuel.

No Dash For Gas’ protest has been backed by some of the UK’s most prominent green groups.

“This morning’s protest sends a powerful message that a new dash for gas is wrong – gas is the main reason our fuel bills have been rocketing, and staying hooked on it will cost us a fortune”, said Friends of the Earth’s head of campaigns Andrew Pendleton.

“The government talks the talk on a greener economy, but its plans for 20 gigawatts of new gas plants far exceeds what’s needed as we switch to renewable energy, and could easily bust our targets for tackling climate change.

“Rather than tying us into decades of dirty and increasingly costly gas, the coalition should be making clean British energy and energy saving the powerhouse of our economy – creating tens of thousands of new jobs.”

While gas does indeed have a role to play in the UK’s future energy mix, placing too much reliance on it is seen as foolish and dangerous, and the dash for gas is further proof that policy is the biggest stumbling block of all for renewables.

Clean, limitless energy such as wind, solar and marine are in abundance, and are affordable, secure and efficient. Failing to capitalise on such opportunities would be looked on as absurd.

Offensively-timed stunts over climate change are a bad idea