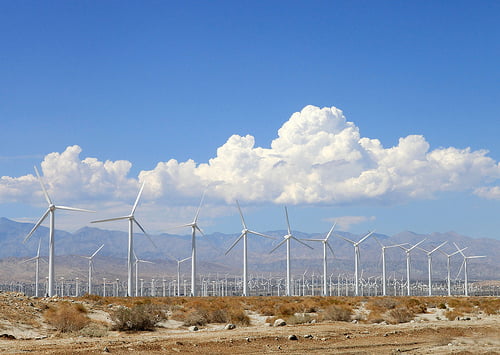 French president François Hollande has called upon governments across the world to invest heavily in renewable energy in the coming years, in order to avoid the worst effects of climate change.

“If we don’t act, if we don’t do anything, if we don’t invest anything, we can be sure that we will have a catastrophe very soon”, he told attendees of the World Future Energy Summit yesterday, as reported by The Guardian.

“We have to have confidence to invest in the new energy. We can act together to create this world of renewable energy.”

Michael Liebreich, chief executive of BNEF, said, “Rumours of the death of clean energy investment have been greatly exaggerated”, adding that the fall was expected.

China – the world’s second largest economy behind the US – is one country that appears to be answering Hollande’s call for investment into renewables.

A statement on the country’s National Energy Administration website said it wants to “develop energy in sync with the ecosystem, turning from excessive reliance on conventional hydrocarbon energy to more dependence on new and renewable energy”, after announcing that 49GW of clean energy capacity would be added in 2013 alone.

Meanwhile, a paper by the University of Melbourne’s Energy Research Institute has concluded that Australia could be completely powered by renewable energy in just a decade.

The Zero Carbon Australia Stationary Energy Plan says that with the right social and political attitudes, wind and solar technology that already exists could provide 100% of the country’s energy needs.

Only the US and Saudi Arabia boast more carbon emissions per capita than Australia, which is the world’s most prolific coal exporter.