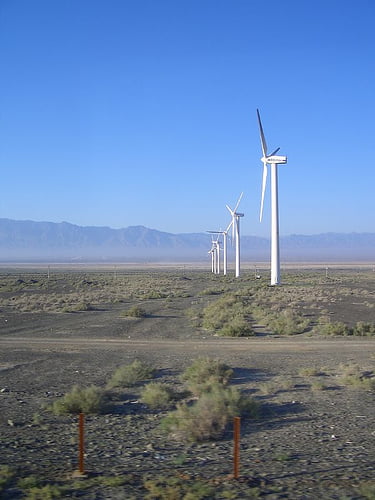 The Ministry of Finance in China has vowed to pump 170 billion yuan – or just over £17 billion – into energy efficiency, renewable energy and emissions reduction this year, as the country begins to ramp up its climate change-tackling measures.

Solar and wind have been highlighted as key areas of investment, with electric and hybrid cars also on the agenda for the nation to develop.

The ministry’s announcement is particularly timely given the results of a recent Blue & Green Tomorrow infographic, titled The World of CO2, which placed China at the top of the world’s biggest polluters.

The Asian country is some way ahead of the US and India – second and third respectively – in terms of total amount of CO2 produced, but because it is also the world’s most populated country, it slips down the list considerably when looking at CO2 per capita.

The third section to B&GT’s CO2 infographic, which shows GDP per metric ton of emissions – also known as carbon intensity – sees China drop right down to 17th in the ranking.

This runs parallel to data released by the International Energy Agency last week, which also showed that the country’s carbon intensity had fallen by 15% between 2005 and 2011.

The sustainable investments being made this year by China, which in March was named the most attractive country to renewable investors by Ernst & Young, will aid its reach for a 40-45% greenhouse gas reduction by 2020 from 2003 levels.

And with 83% of the country’s young adults proven to show loyalty to brands that actively reduce their carbon footprint, the £17 billion investment is likely to make up a fraction of the total planned to be thrust into tackling climate change over the coming years.

The World of CO2