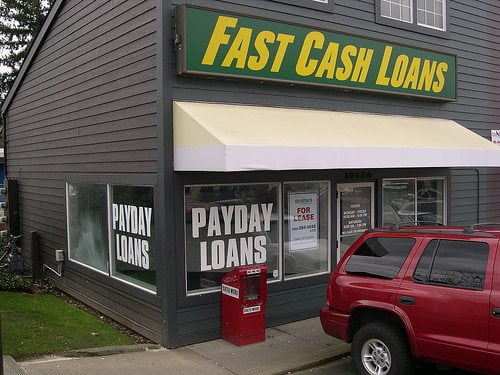 The Financial Conduct Authority (FCA) has outlined how it plans to regulate consumer credit – including the payday loans industry – when it takes on the mantle from the Office of Fair Trading in April 2014.

Its proposals include greater protection for consumers and tougher guidelines for payday lenders. Adverts from such firms, for instance Wonga and QuickQuid, will also be more tightly regulated than they are currently, with the FCA planning to ban anything that is potentially misleading.

As well as payday loans, the FCA’s consumer credit responsibilities will also cover firms offering credit cards and personal loans, goods for hire and some forms of debt.

Research by Citizens Advice in May suggested that many payday lenders heap pressure on borrowers, fail to undertake sufficient background checks and even lend money to people who are drunk or have mental health issues.

Speaking of its plans to tighten the screws on the controversial industry, FCA chief executive Martin Wheatley said, “We believe that payday lending has a place; many people make use of these loans and pay off their debt without a hitch, so we don’t want to stop that happening. But this type of credit must only be offered to those that can afford it and payday lenders must not be allowed to drain money from a borrower’s account.

“That is why we’re imposing tighter affordability checks, and limiting the use of rollovers and continuous payment authorities.

“Today I’m putting payday lenders on notice: tougher regulation is coming and I expect them all to make changes so that consumers get a fair outcome. The clock is ticking.”

However, Andre Spicer, professor of organisational behaviour at City University London’s Cass Business School, said the FCA’s regulations “only get to first base”.

He added, “The regulations do not address the usurious rates of interest charged. Nor do they ask whether the industry should exist at all. This is surprising because Australia and other European countries have put a cap on interest rates. Most states in US have effectively banned payday lenders.

“The industry claims such measures will push borrowers into the illegal market. But this claim is far from certain for the mass of borrowers who would never consider going to a loan shark. A ban would probably push the majority of lenders to explore more ethical alternatives like community credit co-ops.”

Payday lenders made headlines in July when the archbishop of Canterbury Justin Welby declared he would be attempting to “compete [them] out of business” through church-backed credit unions – only for it to be revealed a day later that the church had indirectly invested in Wonga.