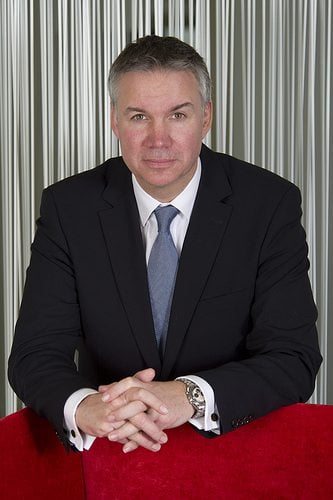 The Co-operative Group has accepted the resignation of its chief executive Euan Sutherland, who departs what he called an “ungovernable” organisation just 10 months after being appointed.

Sutherland, who took up the post in May last year, said in a statement that his top priority throughout his tenure had been to safeguard the jobs of the group’s 90,000 employees, who work across sectors such as banking, pharmaceuticals, retail and funeral care.

But he said that it had become “impossible” to make changes that were needed in order to make the business sustainable – with the group expected to report losses of £2 billion for the last financial year.

He added that a reshape of governance and membership was “urgently needed” in order to reduce significant debt and drive forward efficiencies that would spark growth within the business.

The chairwoman of the Co-operative Group, Ursula Lidbetter, accepted Sutherland’s resignation on Tuesday. The board have appointed an interim chief executive in Richard Pennycock, who was previously serving as chief financial officer.

Lidbetter said, “It is with deep regret that I accept Euan’s resignation. Last year, Euan and his team saved the the Co-operative Bank, without recourse to the taxpayer, and in doing so rescued the group from the biggest crisis in its 150-year history. They have worked night and day to renew the organisation and to give it a sustainable future.”

Ed Mayo, secretary-general of the trade body Co-operatives UK, said, “This is very challenging times for the Co-operative Group and it is not the first in its long history to face crises, and it has always emerged more effective and more resilient as a result.”

He added that Sutherland deserved credit for saving the Co-op Bank last year from a taxpayer bailout or subsidy.

Troubles emerged last year for the wider Co-operative Group after a deal that would have seen its banking business absorb 637 Lloyds branches fell through. This revealed a £1.5 billion shortfall in the Co-op’s balance sheet.

Meanwhile, the former chairman of the Co-operative Bank Paul Flowers was filmed buying drugs just hours after being grilled by MPs as part of an inquiry into the bank’s flaws. As a result, Lidbetter’s predecessor Len Wardle resigned as group chairman.

It is expected that the board which governs the Co-operative Group will take a vote to push forward governance changes within the business. Lord Myrnes, former City minister, was previously appointed as an independent member to the board and chaired the governance review.