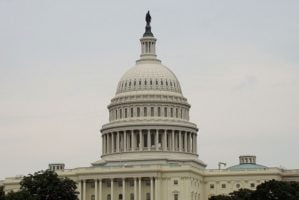 Over 450 groups have called on US Congress to vote against a Trans-Pacific Partnership, if it comes up for vote later this year. The group have also demanded that changes are made to the Transatlantic Trade and Investment Partnership. A letter sent to Congress urges members to reject the trade deal, pointing out that it would allow fossil fuel companies to challenge current US policies.

“We strongly urge you to stand up for healthy communities, clean air and water, Indigenous peoples, property rights, and a stable climate by committing to vote no on the TPP and asking the U.S. Trade Representative to remove from TTIP any provision that empowers corporations to challenge government policies in extrajudicial tribunals,” said the letter sent to Congress today from groups including the Sierra Club, Indigenous Environmental Network, Bold Alliance, SustainUS, and Friends of the Earth.

According to a recent Sierra Club report, the TPP and TTIP would empower an unprecedented number of fossil fuel corporations, including some of the world’s largest polluters, to challenge U.S. policies in tribunals not accountable to any domestic legal system. TransCanada recently announced its plans to use similar rules in NAFTA to sue the U.S. government for $15 billion over the rejection of the Keystone XL tar sands pipeline. This “investor-state dispute settlement” system has also been used to challenge fracking moratoria, nuclear energy phase-outs, and other protections on our water, air, and climate.

Ilana Solomon, Director of the Sierra Club’s Responsible Trade Program, said: “Environmentalists across the country working to keep fossil fuels in the ground agree that toxic trade deals pose severe risks to the policies we depend on for clean air, clean water, and healthy communities. Anyone who cares about clean air, clean water, or climate action should reject trade deals that let big polluters challenge these protections in private trade tribunals.”

Ben Schreiber, Climate and Energy Program Director at Friends of the Earth, said: “Science tells us that we need to keep well over 80 percent of the world’s fossil fuels in the ground. No one can be a climate champion and support trade deals like the Trans Pacific Partnership, which provides polluters with a new corporate bill of rights and impedes our ability to keep fossil fuels in the ground.”

Jane Kleeb, President of Bold Alliance, said: “Property rights are under constant threat by big corporations “The TPP will create a scenario for landowners where they are at the mercy of Big Oil and Big Gas to do whatever they want with our land and water using secret courts and backroom deals. Americans deserve land security and it starts with saying no to the TPP handout to big corporations.”

Wenonah Hauter, Executive Director of Food & Water, said: “The TPP would let foreign oil and gas companies undermine the will of hundreds of communities that have worked tirelessly to protect themselves from the environmental and public health hazards associated with fracking. These trade deals give the worst climate scofflaws new and powerful weapons to wield against the broad-based grassroots movement to stop fracking and fight for a clean energy future.”

Dallas Goldtooth, National Campaign Organiser for the Indigenous Environmental Network, said: “The TPP would severely threaten the ability for Indigenous peoples on both sides of the Pacific to self-determine the future of their nations and citizens’ lives. This trade deal offers nothing but the continuation of extraction and colonialism and utterly disregards Indigenous Peoples rights to free, prior and informed consent.”

Arielle Clynes, Trade Fellow at SustainUS, said: “These trade deals directly undermine the goal set in Paris of rapid decarbonisation to stay below 1.5 degrees Celsius. Congress should reject the TPP and support a new trade agenda that ensures a stable climate, thriving communities, and a just transition to 100% renewable energy.”

The TPP, while facing extreme and increasing opposition by Presidential candidates and the public, could come to a vote in Congress this year. U.S. and EU officials are still negotiating the terms of TTIP, but public opposition to the pact is mounting.