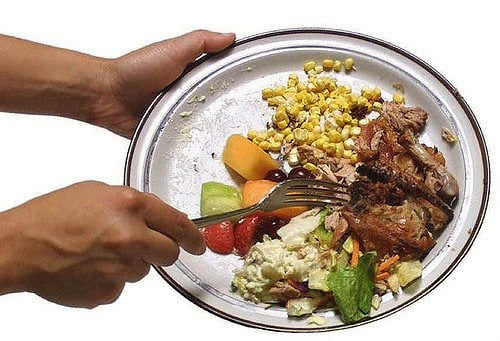 The European Parliament’s Environment Committee have voted to introduce EU-wide targets to reduce food waste by 50% by 2030.

Vitally, these targets aim to halve food waste right from primary production stage to the consumer, whereas a version proposed by the Commission last year only pledged to halve retail and consumer food waste.

A huge movement of 48 organisations from across 16 countries, led by This Is Rubbish, calls for the EU’s Circular Economy Package to support a 50% reduction of food waste by 2030, and for this target to be from farm-to-fork and legally binding at member state level.

The campaign is also backed by over 59,000 people who have signed a Change.org and Global Citizen petition to halve the EU’s food waste, which was submitted to the MEPs ahead of the vote.

Martin Bowman, Campaigner for This Is Rubbish, said: “We welcome this landmark vote to halve EU food waste by 2030, which is a huge victory for our campaign and the food waste movement. We particularly welcome that supply chain food waste, on farms and in manufacturing, is included in the target, which is a vital step forward to ensure not just consumers but businesses pull their weight in reducing food waste. We also welcome the adoption of the food waste hierarchy, which prioritises food waste reduction and redistribution to those in need, and was vitally needed.”

Martin said: “But it is disappointing to see only an aspirational target adopted, rather than a more binding commitment at member state level. Some forms of food losses on farms are also excluded from the targeted reduction. We are calling on the European Parliament and Council to support a truly binding food waste reduction target. Binding targets are vitally needed to face the urgent challenges of climate change, land and water depletion, and food poverty.”

“We see time and again that voluntary codes have uneven rates of uptake and often deliver lacklustre results, whereas binding regulation like the Landfill Directive delivers a level playing field and leads to swift and dramatic improvements. If the concern is a lack of data, states which currently know how much they are wasting should be bound to reduce their food waste from 2014 baselines, and there should be a clear action plan for member states currently without this data to measure their food waste accurately by 2020, with binding targets to halve their waste from this 2020 baseline.”

Kierra Box, food campaigner at Friends of the Earth, said:

“This is a significant vote because for the first time, we have a really clear, shared plan of how food waste can be reduced and prevented. With the UK binning so much edible food, it’s clear that waste on this scale has to stop.

“However, if we’re serious about slashing food waste we need to stop aiming for change and instead make it happen. It was a lost opportunity that today’s targets aren’t binding which means countries can wriggle out of their commitments.”

Please if possible, link to the Change.org petition in coverage (29,000 signatures so far):
www.change.org/p/let-s-cut-europe-s-food-waste-in-half

Or the twinned Global Citizen petition (30,000 signatures so far): https://www.globalcitizen.org/en/action/eu-halve-food-waste/