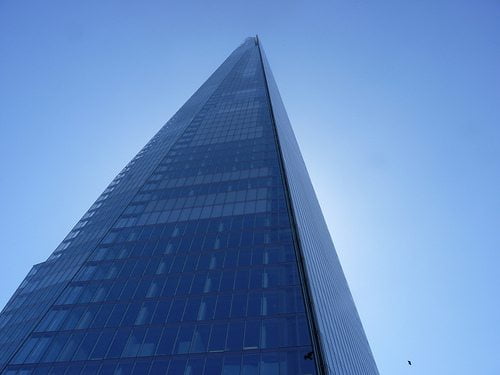 Six Greenpeace activists are in the process of climbing the Shard, London and Europe’s tallest skyscraper, in protest against Shell’s exploration in the vulnerable Arctic. But encouraging wealthy individuals and large pension funds to divest their money from the oil giant would perhaps produce their desired result.

In the last couple of weeks, there have been a number of signs to suggest the tide might just be turning over investment in fossil fuels.

Praise has been heaped on the Carbon Tracker thinktank, which said in April that as much as 80% of global fossil fuel reserves need to be left in the ground if we want a fighting chance of fending off the worst effects of climate change. Its analysis, if it’s to be believed, makes for sober reading for both private and institutional investors around the world.

The fossil fuel divestment movement had, up until June this year, been centred primarily in the US, with environmentalist Bill McKibben and 350.org at the forefront. The message that is currently working its way through some of the biggest cities and universities across the pond, appears to have finally reached European shores – in the form of practical action.

At the beginning of July Dutch bank Rabobank revealed it would not be lending to any firms involved in shale gas extraction (known as fracking) or oil sands. Its motivation was environmental, with the risk of water and soil contamination too high in its opinion.

A few days later, even bigger news. Storebrand, a major Norwegian pension fund, revealed its intention to divest from 19 fossil fuel companies. This landmark announcement was enhanced when it revealed that its drivers for doing so were purely financial. It wanted to ensure “long-term, stable returns”, it said, and fossil fuels will be “worthless financially” in the future.

In the days since Storebrand’s announcement, the Church of England and EU climate commissioner Connie Hedegaard have both been involved in stories that add weight to the divestment movement.

This brings us to Greenpeace’s daring stunt in London. Its intention is to “shout from the rooftops” about Shell’s plans to drill for oil in the Arctic.

To be clear, Arctic oil and gas exploitation is a despicable activity with massive risks to a fragile environment.

Shell was banned from drilling in the Alaskan Arctic by US authorities in March, over fears that it wouldn’t be able to deal with the harsh conditions or the impact of a possible spill. Its next step, according to Greenpeace, has been to team up with Russian energy firms to drill for oil in the Russian Arctic instead.

The sad irony is that Arctic exploration wouldn’t have been possible if it wasn’t for human-induced global warming. The resources that Shell and co are drilling for are the very same resources that are causing the dramatic decline in the polar regions.

And what makes Shell’s activity in the Arctic even more loathsome is the fact that some of its peers, most notably French multinational Total, have condemned drilling in the region on reputational grounds.

So Greenpeace’s Save the Arctic campaign, which has been predominantly directed at Shell, is very much justified. The group is spreading a hugely important message, and deserve nothing but respect for communicating it long before it became fashionable or the investment community even considered it.

Meanwhile, the six climbers at the Shard have shown incredible bravery to be doing exactly what direct action groups do: stage protests to get an issue into the public eye.

However, Greenpeace may be going about its job the wrong way in this instance.

By opting to scale the Shard, it may be putting off a significant proportion of the population. And most likely, this alienated cross-section will contain the very people who have the power or influence to make something happen at Shell: the investors.

Rather than focusing on the environmental and social implications of drilling the Arctic – which are massive and critical – Greenpeace’s protests would be more effective if centred around money.

We know investment shapes our world more than any other activity. We know that the investment world is out to make a profit. And many investors are of the ‘profit at any cost’ mindset. If you can communicate to them that investing in a particular stock is detrimental financially in the long-term, they’re more likely to do something about it.

So Greenpeace needs to go one step further with its campaign and encourage serious and widespread divestment from worthless fossil fuel stocks. Doing so may just bring about bigger and more important results than climbing to the top of a tall building.