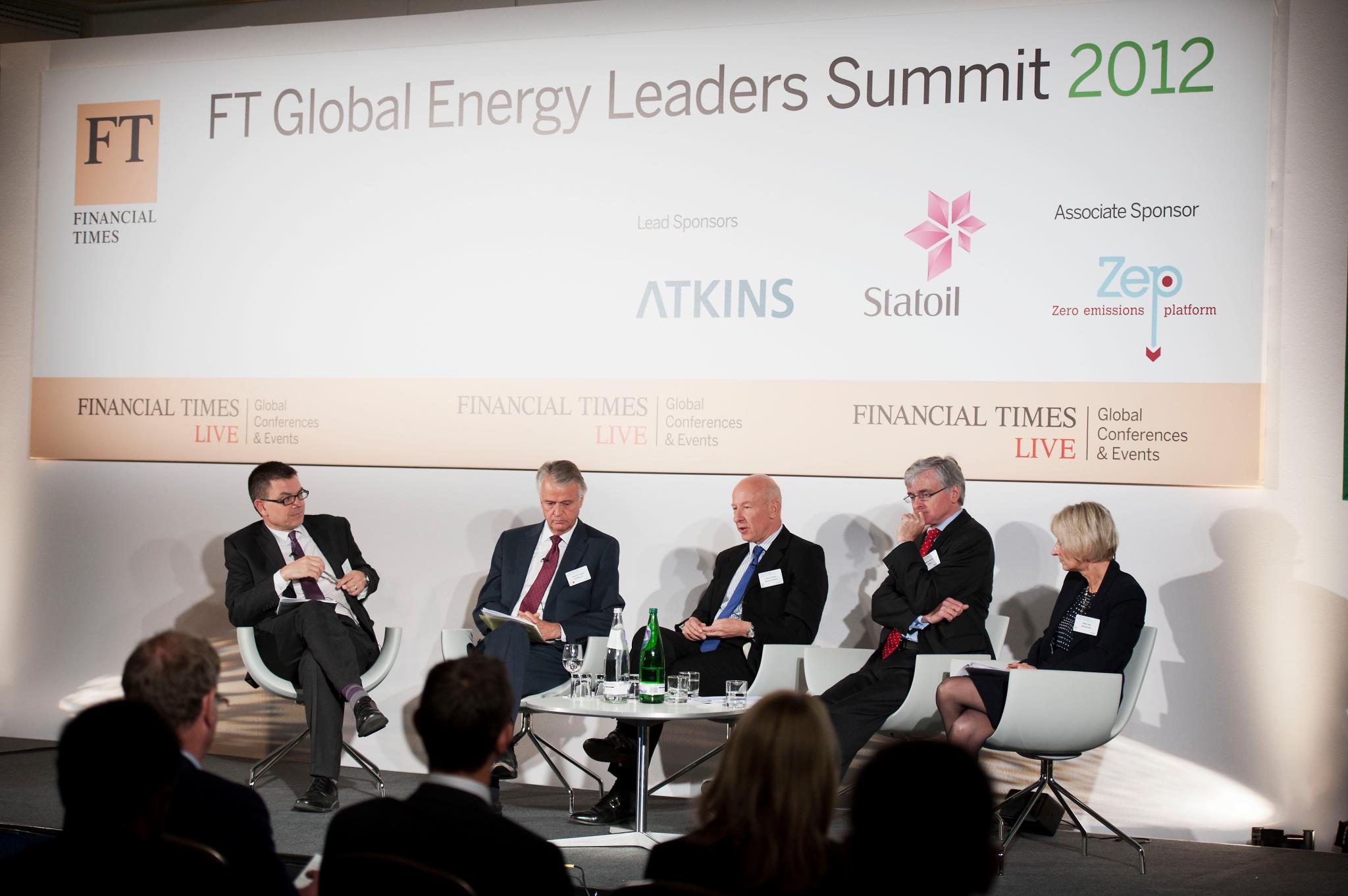 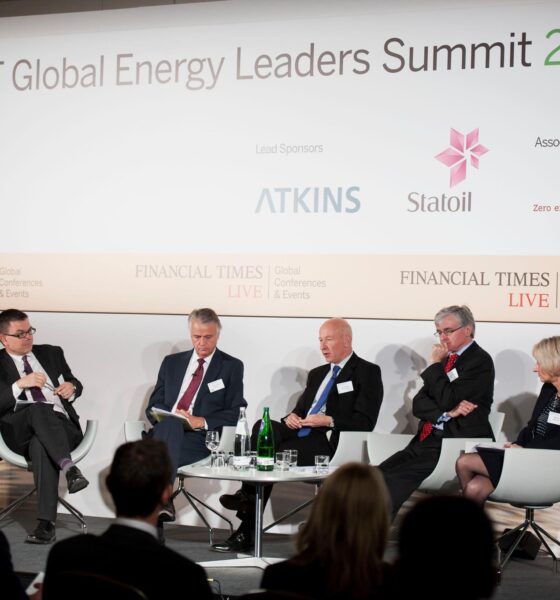 The theme of the Financial Times (FT) Global Energy Leaders Summit was Doom or Boom? Energy Security in Uncertain Times, and on the first morning of the event, renewable energy’s corner was fought valiantly by a select few.

Although the line-up of speakers might have suggested an over-emphasis on the extractive industries, with Shell, ExxonMobil and Statoil all represented, the importance of clean energy’s role in the future mix was stressed on numerous occasions.

But calls for politicians worldwide to sing from the same hymn sheet in order to really effect change in the global energy industry came before the need for sustainable, carbon-free power.

Opening the event at the Millennium Hotel in Mayfair was José Ignacio Sánchez Galán, chairman of Spanish utility company Iberdrola – one of the biggest energy firms in Europe, and perhaps most importantly, one of the most prolific wind energy installers on the planet.

Galán highlighted two key questions that a European energy policy ought to answer to ensure the continent’s energy is “economically and environmentally sustainable”. They were: “Which energy sources do we want to use and in which proportion?” and “What is the price we are ready to pay for it?”

He added that renewables currently held a 20% share of the world’s electricity, but that education was required, particularly in the UK, about the cost of the various technologies (“Do people know how much the cost differs between onshore and offshore wind, for example?” he queried).

Answering a question from the floor about whether the UK government has indeed “lost the plot” with its energy agenda in the last six months, Galán responded somewhat less bluntly than the question that he had been asked, saying that the UK has been an example of regulatory instability.

In the first panel discussion of the day, an industry form called Adjusting to the New Energy Realities, Alison Kay of National Grid said that “affordability, sustainability and security” were “still the three pillars of energy”, and that the UK government “still does have a green agenda”.

Martin Grant, CEO of Atkins, was the first speaker to call for strong political action, saying that the world needs “secure and affordable” energy, and it was also mentioned that almost a billion people globally have access to neither.

In terms of renewables – very much a new energy reality – National Grid’s Kay picked out marine technologies – wave, tidal, hydro – as “predictable, stable energy” – a statement that would undoubtedly please the Scottish contingent in attendance (including first minister of Scotland, Alex Salmond), given the country’s innovation in the sector.

The following panel, and perhaps the most interesting one of the day, was titled Are We Entering a New Fossil Fuel Era? with panellists including Jeremy Leggett, founder of Solarcentury, and Tony Hayward, chief executive of BP at the time of the oil giant’s Gulf of Mexico catastrophe and now CEO of Genel Energy.

But it was Linda DuCharme of ExxonMobil that kicked the section off, saying that the world will still be 80% fossil fuel-powered in 2040, “because they’re here, and they’re affordable”. She failed to lay out what happens after this point, though. 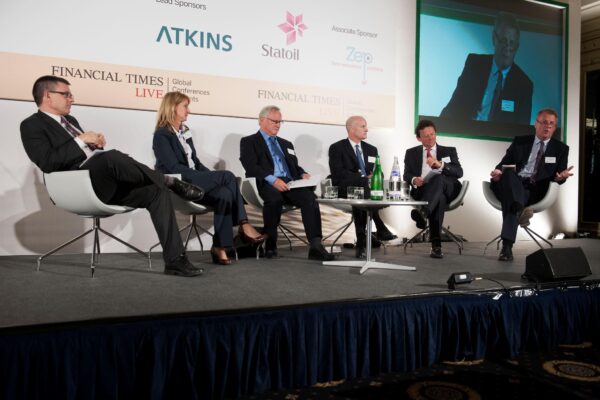 Perhaps the most puzzling line of the entire first day came from Hayward, who claimed we have “infinite oil”, or, as he put it, “certainly infinite in the way you or I understand it”. The dictionary definition of the term (“unlimited or unmeasurable in extent of space, duration of time, etc.”) might suggest otherwise, though.

Like DuCharme, he didn’t suggest an alternative once these supposedly “infinite” sources of energy had run out. “We do need to find new technologies, but not for another two or three decades”, he added.

It was left to Leggett, one of the most respected clean energy commentators in the UK, to bring up the elephant in the room: climate change, which until his appearance had had, as he put it in his opening line, “two fleeting mentions”.

He also was the first to bring up the impact of greenhouse gases have had on the Arctic, where sea ice is melting at unimaginable rates.

Sitting next to Hayward, one of the oil sector’s most recognisable names, Leggett cited a recent Barclays report, which said that the world is losing 4m barrels a day of “easily extractable” oil. What if the industry has got it “catastrophically wrong”, he queried (adding that the investment banking world already has).

“In 10 years”, he added, “History won’t look too favourably at the oil industry”.

“The time to find innovation in energy is now”, said Krueger, who then nodded towards a quote from Isambard Kingdom Brunel: “I am opposed to the laying down of rules or conditions to be observed in the construction of bridges lest the progress of improvement tomorrow might be embarrassed or shackled by recording or registering as law the prejudices or errors of today.”

For a review of the afternoon session of day one, click here. And for day two, click here.