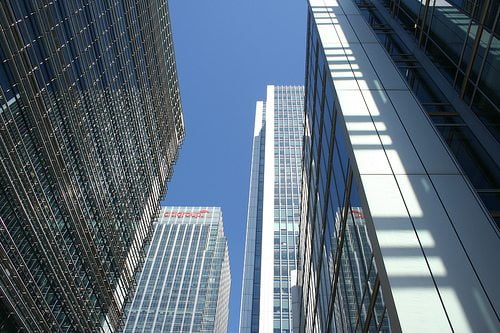 In 2001, a new investment index caused controversy when it omitted some of the UK’s leading companies on ethical grounds. Tesco, Safeway and the Royal Bank of Scotland all failed to make it onto the FTSE4Good, launched by leading index firm FTSE.

Speaking to the BBC at the time, the group’s chief executive Mark Makepeace said, “The reason we are introducing these indices is because companies increasingly invest in what they call socially responsible companies.”

Socially responsible – while a subjective term – was defined by FTSE as companies that pursued environmentally sustainable behaviour, observed human rights and had positive relationships with their shareholders.

The index broke ground in responsible investment. As a means of context, research firm EIRIS – which helped FTSE kickstart FTSE4Good – said around £4 billion was invested in green and ethical investment funds by UK retail investors just a month before the index was launched. That figure is now over £12 billion.

For FTSE – originally set up as a joint venture between the Financial Times (FT) and the London Stock Exchange (SE) – the launch marked a first foray into sustainable, ethical or socially responsible investment. An index is simply a finite pool of leading companies ranked by value, which investors can use to compare stocks. FTSE’s flagship index, the FTSE 100, had launched in 1984. Two years before FTSE4Good was unveiled, the FTSE 100 had reached its highest ever value – which to this day it still has not surpassed.

FTSE4Good assesses a universe of around 2,400 companies. Around 900 of those make it past the environmental, social and governance (ESG) criteria and onto the index. As it stands, the only sectors that are omitted completely are tobacco and weapons. Every other industry is judged on good practice.

FTSE was perhaps unprepared for the subsequent onslaught from some of the companies it had excluded. The Telegraph reported how supermarket brand Safeway – which was omitted for not publishing an environmental report – had accused FTSE of having “seriously faulty eyesight”. Its environmental report was already on its website, it claimed. Meanwhile, speaking to MHC International, then-Imperial Tobacco chief executive Gareth Davis said the firm has recognised criteria for “good corporate governance, employee relations, health, safety and the environment and wider community relations” – despite being part of an industry long deemed one of the most unethical by investors.

Around this time, David Harris, an Oxford biology graduate with an environmental technology master’s at Imperial College London, had been working as a sustainability consultant. Having spent a year doing academic work in Uganda and the Philippines, he had become interested in the link between business and the environment.

FTSE’s London HQ is in Canary Wharf – a building it shares with the likes of Infosys, MasterCard and Total. Speaking with Blue & Green Tomorrow on the 12th floor of 32, Harris recalls how FTSE4Good was received in its first few months, prior to him joining. As well as the interest from businesses – particularly those not included in the index – it also drew attention from NGOs. He remembers how Greenpeace was unhappy with some of the inclusions. With the FTSE team inundated with queries, it decided to hire Harris – along with former Sainsbury’s sustainability manager Jayn Harding – to oversee the development of the methodology.

“I really felt investors were missing a trick here; this was information that can help make more sensible investment decisions”, Harris says.

He and Harding spent a lot of time talking to clients, investors, companies, NGOs and academics. Every 18 months, they would introduce a new set of requirements for the FTSE4Good. This included areas like bribery, supply chain labour standards and, increasingly, climate change. Each time they went through this process, they would do extensive research to understand what best – or at least good – practice looked like in each industry.

Once the methodology had been updated, they avoided deleting from the index a huge portion of constituent companies that failed on the new criteria. Harris says this was because anybody with tracker funds – investment funds that track a certain stock index by investing in all, or a representative number, of the companies – would have to divest and then reinvest. Instead, FTSE agreed that it would write to all the companies that hadn’t met the new standards. They would firstly check the information was correct. If it was, companies would have a year to make improvements – or else they were excluded.

Harris says, “From FTSE’s perspective, this was really just about wanting to ensure data quality and being able to reduce turnover. But it’s had the effect where a huge number of companies have been improving their practices to stay in the index. We’ve had these dialogues over 1,000 times with hundreds and hundreds of companies. We have found that 50-70% of the time, companies will improve. It has had huge ripple effects.”

But how can FTSE be sure it really was its proactive contact that spurred these improvements? Harris recalls a 2012 study by a team from the University of Edinburgh, which found that the rate of change and improvement in companies FTSE had contacted was twice as rapid as the ones it hadn’t contacted. In the same year, a PhD student at the University of Nottingham contacted directors from companies that had made improvements to understand what had actually happened. While many of the environmental and social issues were not new to most – if any – a lot of the time they never made it onto the board agenda. Interestingly, after FTSE had got in touch, they stayed on the board agenda and got dealt with. In terms of financial performance, there has been academic research to suggest FTSE4Good constituents “do no worse” financially than peers not included in the index.

Harris admits that every company in the FTSE4Good index is not going to be above reproach in every respect. However, they do represent the most responsible based on the methodology it implements. That’s his aim – to have completely transparent methodology.

As for the investment world more generally, he says its inherent short-termism is concerning. “The nice analogy is running a marathon; asset owners are interested in returns over decades, but the way they incentivise their managers means they’re trying to run a marathon in 100m sprints – which is clearly not the best way to go long-term”, he says.

“What’s really important is how in the investment process you think about the environment in which a company operates. It doesn’t operate in a vacuum. It’s about trying to include in that assessment a much broader range of factors which will give you more of an idea about how that company is going to perform in the long-term.

“ESG data is part of that much broader picture. It’s just about good investment management, and trying to understand what are the relevant material issues for a company and then incorporating that into the investment process. It’s also about enlightened self-interest, and investors opening their eyes to a much broader spectrum of corporate performance data.”