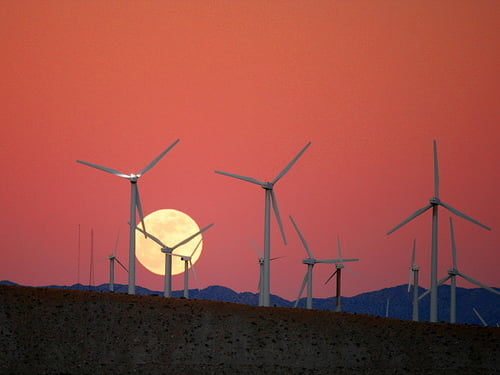 Governments and policy-makers worldwide are failing to shift energy onto a truly sustainable path by over-subsidising fossil fuels and failing to capitalise on energy efficiency technologies, according to the International Energy Agency’s (IEA) annual World Energy Outlook (WEO) study.

The IEA says that continued failure to grasp sustainability measures will mean that two-thirds of the “economically viable potential to improve energy efficiency” will be left untouched between now and 2035.

It adds that under its new policies scenario – a scenario that takes into account existing and future policies – energy demand and carbon emissions will rise, leading to a 3.6 degrees increase in global temperature over the long-term.

“Action to improve energy efficiency could delay the complete ‘lock-in’ of the allowable emissions of carbon dioxide under a 2 degrees trajectory – which is currently set to happen in 2017 – until 2022, buying time to secure a much-needed global climate agreement”, said Fatih Birol, IEA chief economist and the WEO’s lead author.

“It would also bring substantial energy security and economic benefits, including cutting fuel bills by 20% on average.”

IEA executive director Maria van der Hoeven added that the study shows that the equivalent of a fifth of 2010’s global energy demand can be saved by 2035.

She added, “In other words, energy efficiency is just as important as unconstrained energy supply, and increased action on efficiency can serve as a unifying energy policy that brings multiple benefits.”

The WEO claims that global fossil fuels received some $523 billion in subsidies in 2011 – 30% more than in 2010. This is compared to $88 billion pumped into renewable energy, which the IEA says will become the world’s second-largest source of power by 2015 under its new policies scenario.

It adds that with $4.8 trillion of subsidies between now and 2035, renewables could even stake a claim to become the primary global energy source.

The findings in the IEA’s annual report have been met with disappointment by many in the green sector – many of whom believe this to be the latest in a long line of stark warnings over future energy generation.

“The IEA have delivered yet another sober assessment of our failure to put the world’s energy systems onto a sustainable path”, said Keith Allott, head of climate change at WWF-UK.

“Many governments and businesses are clearly in denial over the threat posed by climate change and need to accept that we have to start leaving fossil fuels in the ground rather than dashing to develop new reserves. It’s simply crazy to think otherwise.”

Meanwhile, WWF’s global director of energy policy, Dr Stephan Singer, said, “It is almost the final nail in the coffin of the global fossil fuel industry’s credibility to see the IEA very prominently highlighting the fact that about two-thirds of the presently available fossil fuel reserves have to stay underground if the world is serious about staying below 2 degrees global warming.

“This science-based but blunt assessment should be heard clearly by all countries. This is not only about stopping all new large fossil fuel developments such as in the Arctic; this is about surrendering existing assets as well, and it is the price to pay to avoid global climate disaster.”