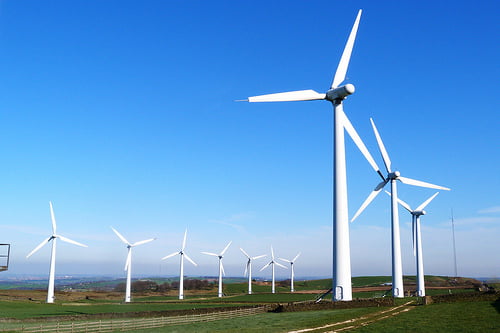 Nearly eight in 10 people (79%) in the UK are in favour of clean energy while just 4% are opposed to it, according to the Department of Energy and Climate Change’s (DECC) latest public attitudes tracking survey.

Nearly two-thirds (64%) of respondents noted their support of onshore wind power – a technology that has caused divisions in government after a Greenpeace investigation in November unearthed a number of Conservative MPs seemingly supporting an anti-wind campaign. Just 13% claimed to be against it in DECC’s poll.

Offshore wind fared slightly better in public perception (72% in favour; 8% against) while solar power also scored highly (82% in favour; 4% against) – figures that are consistent with the results of an independent poll conducted by YouGov last October.

The remaining two renewable energy sources in the survey – biomass and wave and tidal – received 61% and 71% support respectively.

When asked how much they knew about the controversial natural gas extraction method fracking, over half (58%) of the public said they had never heard of it.

The for and against percentages remained steady throughout all four waves of the DECC survey, carried last year in March, June, September and, most recently, December among over 2,100 UK adults.

Meanwhile, 78% of people surveyed in wave one agreed that clean energy developments should provide direct benefits to local communities, and 69% thought that the UK would get economic benefits from renewables.