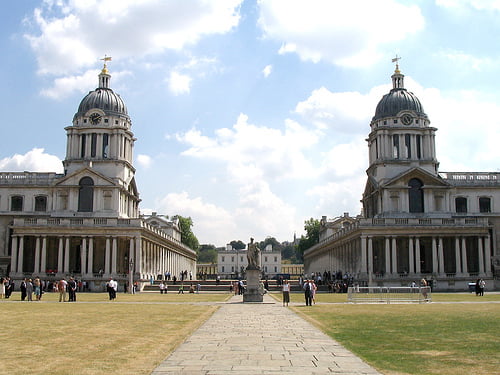 The University of Greenwich has been named the greenest university in the UK in the latest edition of People & Planet’s Green League.

Taking the top spot from 2011’s winner, Nottingham Trent University, Greenwich leaped from fifth to first after it boasted “one of the most comprehensive and ambitious environmental policies” ever seen by judges.

Greenwich was followed by Plymouth and Brighton, which jumped up from fourth and 21st respectively, whilst Nottingham Trent finished fifth.

“Universities have a key role to play in supporting and leading the change towards a sustainable future”, said Kat Thorne, head of sustainability at the University of Greenwich.

“Notable achievements that have helped move us to first place in the last year include achieving one of the most stringent environmental management system standards, ISO14001, across our estate.

“We have also embedded sustainability into the curriculum and our electricity comes from renewable sources. However, we are only part way through delivering our commitment to long term change.”

The standard of the entries into the 2012 Green League has seemingly increased, with previous winner Nottingham Trent pipped to the title by Greenwich not because of its own green demise, but because of Greenwich’s hugely improved environmental standards.

Across the 145 participating institutions, carbon emissions dropped 4% in total last year. 86% of the entrants employ at least one designated sustainability staff member, whilst the universities are sourcing an average of 72% of their electricity from renewables – up 9% from 2011.

Institutions are judged on various criteria, including environmental policy, staffing and auditing, as well as ethical investment, carbon emissions and waste.

They are then split up into six sections, and given a grade ranging the conventional first, 2:1, 2:2 and third, to fail and finally ‘Did not sit exam’ for those that failed to provide data.

While the overarching figures and indeed the best-performing universities make for very encouraging reading, 45% of institutions still only managed a 2:2 or below.

Speaking to The Guardian, Louise Hazan of People & Planet said, “The Green League itself is driving real improvements across the sector, but a lot of the policy drivers for change, like carbon-reduction targets, were put in place by the previous government.

“Despite repeated requests and on-going correspondence on the subject since 2010, we’ve yet to receive any indication from the universities minister of his plans or vision for helping the sector to achieve environmental sustainability, or meet carbon-reduction targets.”

The biggest movers in the table, which you can find on People & Planet’s website, were Surrey and Cardiff, which improved by 67 and 55 places respectively.

Surrey achieved the “rare” feat of achieving the maximum points available in the ethical investment section, because of its transparency with its investment policy.

Whilst the sustainability of the institutions is important, arguably the biggest plus point that emerges from the ranking is the instilling of sustainable, environmental and ethical principles into youngsters.

Being educated at an institution that places sustainability at its core is vital in the push towards a green, low-carbon economy, which today’s students will be at the forefront of.