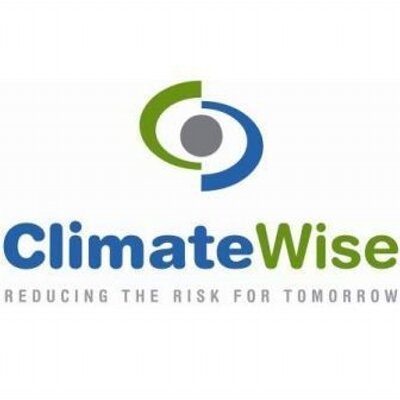 The insurance industry is continuing to take the necessary steps to incorporate the risks posed by climate change across their business activities, an annual review of insurance industry’s global network ClimateWise revealed today.

The 2015 independent annual review of the six ClimateWise Principles adopted by members of the industry leadership group concludes that positive progress continues to be made in response to climate change, with average scores rising across almost all of the principles against 2014.

ClimateWise is a collaboration of more than 30 industry leaders spanning Europe, Asia, North and South America and Africa. Annually, members report on their progress in embedding the six ClimateWise Principles that frame their contribution to the transition to a low-carbon, climate-resilient future. They include leading on climate risk analysis and climate-resilient investment; improving customers’ climate awareness; and reducing their own carbon footprint.

The average member scores rise from 51% in 2014 to 56% in 2015. This marks steady progress, especially after the reporting requirements were tightened in 2013. No notable decreases in scores were recorded across any of the Principles or sub-Principles while significant increases were seen in response to Principle 1 (lead in risk analysis) and sub-Principle 3.4 (market penetration).

The release of this year’s report comes on the eve of the crucial COP21 climate negotiations. It also marks the end of a year that has seen growing concern by investors, insurance regulators and central banks, on the impact climate change may have on the insurance industry.  Mark Carney, Governor of the Bank of England, described climate change as a ‘mega risk’ in his speech at Lloyd’s entitled ‘Breaking the tragedy of the horizon – climate change and financial stability.’ In this context, the ClimateWise Principles continue to provide clear evidence of what a voluntary group of progressive insurance industry leaders are doing in response to climate change.

Maurice Tulloch, ClimateWise Chair and CEO of Aviva UK & Ireland General Insurance, said: “It’s remarkable how far understandings of climate change and the insurance industry have come. Even only a few years ago, it would have been considered unthinkable that a central regulator like the Bank of England would publish a report examining the potential impact of climate change for the insurance sector and its clients.

“Indeed, given the continual growth in exposure to natural catastrophes insurance cannot simply rely on a strategy of assessing and repricing risks as this may ultimately lead to uninsurable markets, thereby undermining our own industry’s relevance, and future. The ClimateWise Principles provide a clear framework that help our members to demonstrate their commitment to the societal transition to a low-carbon, climate-resilient society.”

Tom Herbstein, Programme Manager of ClimateWise, said: “As a voice of progressive insurance industry leaders globally, ClimateWise and its six Principles give members an opportunity to demonstrate to their clients, regulators and investors, their concern regarding climate change and that they are taking the necessary measures in response.

“Members are increasingly beginning to consider their exposure to climate risk in investment portfolios and the need to move capital away from sectors inherently at risk as society transitions to a low-carbon, climate-resilient future. Members are also developing their role as societies’ risk manager by innovating in terms of product development and sustainable claims processes.”

Jon Williams, Partner at PwC UK, which conducted the independent review, said: “With all eyes on climate negotiations in Paris at the end of 2015, it is no surprise that there has been a marked rise in the interest in the risks climate change presents to the insurance industry, from regulators such as the Bank of England, and investors in the sector.

“Going forward this interest will manifest itself in greater expectations on disclosure by the industry to demonstrate analysis and integration of the physical and transition risks in both underwriting and investment decisions. As Independent Reviewer of the ClimateWise initiative, we are pleased to see that, already in their seventh year of reporting performance against the Principles, members continue to raise the bar on demonstrating management of climate risk.”

This report describes the latest climate change context for the insurance industry and presents perspectives from both investors and regulators on the role voluntary disclosure plays in communicating an insurer’s exposure to climate risk. It also reviews member performance across the ClimateWise Principles. Based on their annual submissions, each ClimateWise member is given a private ranking that allows them to benchmark progress against their peers and to inform their strategic planning. Case studies of innovation and good practice are highlighted throughout the report.