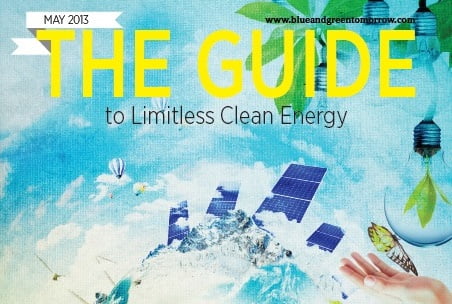 There’s a quote by Thomas Edison, inventor of the lightbulb, the motion picture camera and many other things, about renewable energy.

Speaking in 1931, he said, “We are like tenant farmers chopping down the fence around our house for fuel when we should be using nature’s inexhaustible sources of energy — sun, wind and tide. I’d put my money on the sun and solar energy. What a source of power! I hope we don’t have to wait until oil and coal run out before we tackle that.”

While we have undoubtedly made great strides in developing cleaner sources of energy in the 82 years since Edison said this, it could be argued that as a global community, we’re being a bit slow.

Fossil fuels still dominate the global energy mix, and though they haven’t run out yet, our continued use is ramping up the possibility of runaway climate change (something that was, incidentally, not a major issue in Edison’s era).

But there are alternatives.

And as Gaynor Hartnell, outgoing chief executive at the Renewable Energy Association, tells us on page 22, “Renewables will win out over all alternatives. It’s just a question of when.”

On the go? Download the mobile version (5MB file).

To see a full list of all our 2013 reports, on topics such as investment, tourism, fair trade and financial advice, see here. The seven reports we produced in 2012, tackling issues from sustainable banking to responsible media, can be accessed here.