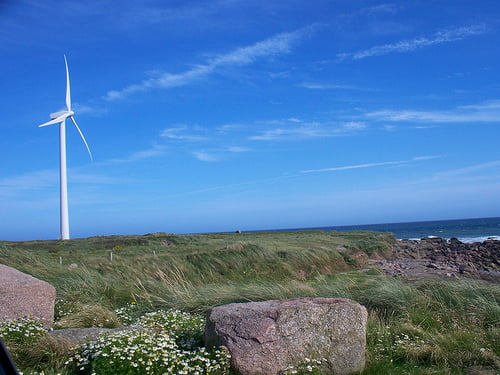 A wind energy co-operative in Northern Ireland – the first of its kind in the country – has so far raised over £500,000 in its bid to build five community-funded 250 kilowatt (kW) turbines.

The project’s aim is to raise £3.4m for turbines to be installed in a number of locations across Northern Ireland, including Pomeroy, Larne and Ballyclare, providing power to some 400 homes in the regions.

Directors said that the announcement that it had raced to over £500,000 so quickly had “exceeded expectations”.

Launched in June this year by local developers NRG Solutions in collaboration with Energy4All, it is hoped that the turbines will be operational by March 2013.

The project, called the Drumlin Wind Energy Co-operative, will look to follow in the footsteps of another successful Energy4All development – the Westmill Wind Co-operative, which in 2008 unveiled the UK’s largest community-owned wind farm in Watchfield, South Oxfordshire.

Speaking at Drumlin’s launch two months ago, leader of the Green Party in Northern Ireland, Stephen Agnew MLA, said, “By becoming engaged in this new enterprise we can lay the foundations for what could become a new way of doing business in Northern Ireland.

“One where you get the financial rewards, where the profits remain in the local economy and where you have a genuine stake in our future.”

Drumlin will go some way to helping Northern Ireland achieve its renewable energy targets, which currently stand at a 40% contribution to electricity and 10% to heat by 2020.

If Drumlin’s rush to the half a million mark is anything to go by, it will soon emulate the accomplishments of Westmill, which recently successfully raised £4m for a solar co-operative nearby to the existing wind one.

Community-owned power is an excellent way to engage the local area with renewable energy, and recent models have proven that it’s also an ideal way of raising the necessary funds.

To read more about community renewables, have a look at Blue & Green Tomorrow’s Guide to Limitless Clean Energy, in which we speak to Adam Twine, the brains behind the project at Westmill.