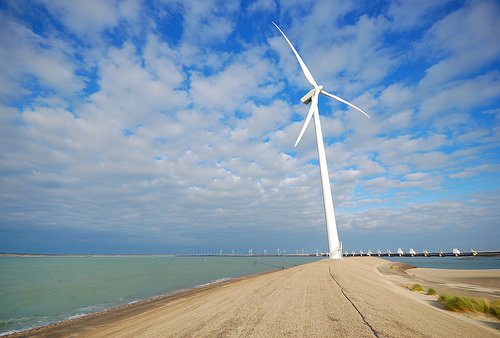 The government has gone some way to provide investment confidence and certainty in the UK energy market, after publishing its long-awaited energy bill this morning.

Energy secretary Ed Davey outlined the make-up of the bill in the House of Commons, saying that it shows the government is “making good progress towards our vision of a thriving low-carbon economy with secure energy supplies, and sets out an energy policy that is good for growth and good for consumers”.

He also lauded the importance of an energy mix, in which gas and renewables must both play vital roles, and added that the government remained committed to nuclear’s role, despite concerns about the cost of storage and proliferation issues. He went on to attempt to lay to rest some misconceptions surrounding consumer energy bills – in response to various media reports that claimed green energy was the primary cause of inflated prices.

“They have been driven remorselessly up by wholesale fossil fuel prices:  global gas prices were 50% higher in the five years to 2011 than in the previous five years – and they have continued to rise over the last year”, Davey said.

“High energy bills can put huge pressure on households and businesses. So let me be very clear, especially given recent misleading reports in the media:  government policy is designed specifically to reduce consumer bills.

“Of course we can’t control global commodity markets. But we can and will put consumers in control by driving a wedge between wholesale energy prices and consumer bills.”

Davey went on to say how the UK’s energy sector could play a major role in stimulating economic growth and placing Britain as a world leader in many low-carbon technologies.

Indeed, he said that a third of economic growth in the UK in the last financial year was “likely to have come from green business”. He added that the UK’s low-carbon industry makes up 3.7% of the global market, which is worth some £3.3 trillion.

The UK’s transition to a low-carbon energy mix will not simply bring about positive short-term benefits, Davey claimed; it will also provide long-term security and sustainability for future generations.

He said, “First, of course, it will help us meet our carbon budgets on the path to our 2050 emissions target, so that Britain will continue to play a leading role in tackling climate change.

“Second, it will diversify our energy mix, improving our energy security and insulating households and business consumers from high and volatile fossil fuel prices on global markets.

“And third, it will keep British companies at the forefront of the fast-growing global green sector.”

The exemption to additional costs for steel and concrete companies is a mixed blessing in that it provides subsidy to industries that play a big part in building renewable infrastructure. On the other hand, it subsidises energy-intensive industries that are major carbon emitters.

Although the energy bill is by no means the perfect solution, it provides a pragmatic answer to increasingly high consumer bills and sets out a clear direction for the UK’s future energy needs.

According to Labour MP Albert Owen, the lack of a decarbonisation target will be seen as “political fudge”, but there is still time for MPs to oppose this policy and instead implement legally-binding carbon reduction measures from the UK’s historically dirty energy industry.

For industry reaction to the government’s energy bill publication, see our dedicated reaction story. Meanwhile, the BBC have written a handy Q&A on all matters relating to the energy bill, and there has been some interesting post-bill analysis from BusinessGreen, The Guardian and The Independent.