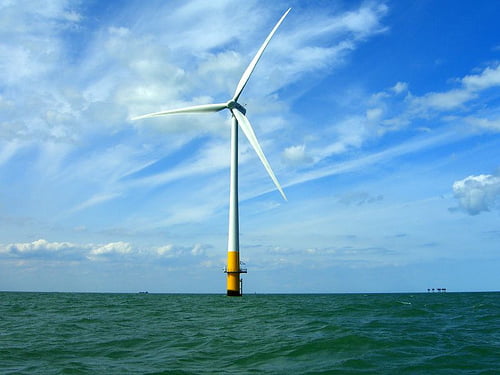 A renewable energy developer has applied for consent over plans to build a 450 megawatt (MW) wind farm off the coast of Fife in Scotland.

Mainstream Renewable Power’s £1.4 billion project, called Neart na Gaoithe, will see a maximum of 125 turbines constructed, which will collectively deliver power to 325,000 homes in the country and make up 3.7% of national electricity demand.

“This is a major milestone in the delivery of this offshore wind farm“, said Andy Kinsella, the firm’s chief executive.

“With over 7,500MW of offshore wind farms in development in the UK and Germany, this demonstrates Mainstream’s ability in selecting the best sites, developing to a high standard and delivering to challenging milestones.

“This project is of strategic importance to Scotland; not only will it supply a significant percentage of the country’s electricity demand it will also help to deliver Scotland’s and the UK’s renewable energy targets in advance of 2020.”

Scotland has proven to be amongst some of the most innovative nations in Europe in terms of renewable energy, and is certainly leading the UK clean energy investment rankings.

The country has emerged as an ideal location for wind developments given its mountainous terrain and blustery weather. But developments in Scotland have received criticism from some of the biggest names in business, with American tycoon Donald Trump at the forefront of a vendetta against wind technology.

Trump’s gripes with the renewable power form relay back to a set of 11 turbines that have been built off the Aberdeen coast – right next to his £750m luxury golf resort at Menie estate. The development went ahead despite Trump’s objections, and the group behind it has since claimed that it could get even bigger in the future.

Mainstream’s project off the coast of Fife is expected to begin construction in 2015, and finished in 2016. The firm’s application for the development has been under consultation since the end of July, and will finish on September 10.