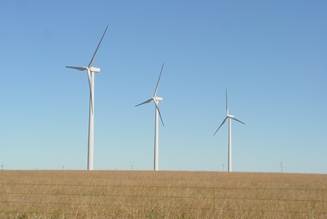 Ludgate Environmental Fund has announced three new additions to its cleantech investment portfolio, as it puts some £14m into innovative green companies.

The biggest new deal has been struck with Tamar Energy—a company that in February drew attention to itself thanks to its illustrious list of high-profile backers, which included Prince Charles, Jacob Rothschild and Sainsbury’s.

Bill Weil, chief investment officer at Ludgate, said that Tamar “takes organic waste and digest it anaerobically, which produces biogas, which can then be injected into the grid, but is most commonly used in generation as heat and power.”

The second new investment is with German thermal energy innovators, Micropelt, in which Ludgate has invested £4.1m.

“For the layman, Micropelt takes waste heat and produces very small amounts of electricity in very small chips that can literally sit in the palm of your hand, and can replace batteries”, said Weil.

“So any application like remote monitoring or a control device in an industrial setting, right down to applications in your home to manage the thermostat, can now be powered by the heat that’s in the pipe.”

Finally, the third agreement made by Ludgate this week is with Ignis Biomass, which is putting the £3.1m received into developing a biomass energy plant in Wick, Scotland.

“Ignis is a developer of biomass and waste plants which is producing heat and power again”, Weil explained.

“The first project it’s doing is a sustainable forest-based biomass project in the very far north of Scotland, using an existing district heating network and local Scottish wood to produce the heat required for local houses and local industry.”

Investing in growth-stage companies such as this innovative trio is something that the Ludgate Environmental Fund actively seeks out to do.

These are just three examples of companies that are likely to be at the forefront of their industries in the future, proving that sustainable investment is a smart road to travel down.