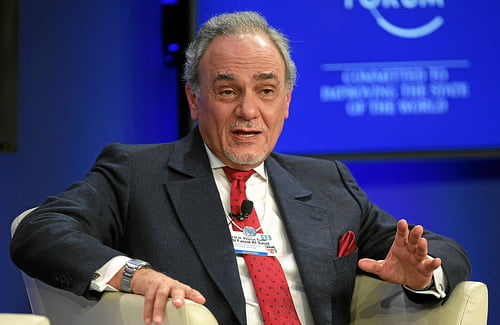 The oil-rich state of Saudi Arabia is planning to generate 100% of its energy from clean and low-carbon sources, according to a member of the country’s royal family.

Prince Turki Al Faisal Al Saud, founder of the King Faisal Foundation – one of the largest philanthropic bodies in the world – said that fossil fuels will instead be used for manufacturing, rather than producing energy.

“Oil is more precious for us underground than as a fuel source”, said Prince Turki.

“If we can get to the point where we can replace fossil fuels and use oil to produce other products that are useful, that would be very good for the world.

“I wish that may be in my lifetime, but I don’t think it will be.”

In May, the Middle Eastern country called out for investors for a $109 billion, 41 gigawatt solar project, which would help solar account for a third of Saudi Arabia’s peak power demand by 2032.

Its target to be fully powered by renewables is arguably one of the most ambitious and positive claims made by any country in the world, especially given that a fifth of global oil reserves are reportedly found in Saudi Arabia, according to the International Energy Agency.

Saudi Arabia is joined in announcing bold renewable energy targets by the UAE, which also lauded the possibilities of adopting clean power.

Speaking at the UN’s World Energy Forum earlier this week, Sheikh Maktoum Bin Mohammed Bin Rashid Al Maktoum, deputy ruler of Dubai, said that “although the UAE is an oil exporting nation, it seeks seriously to reduce the causes of climate change and to achieve a sustainable energy equation in diversifying the sources of generating power.”

Construction of a $3.3 billion solar park was announced in January this year, which will begin partial operation by the end of 2013, with renewable energy expected to contribute to 7% of the country’s energy demand by 2020.

A Chinese renewable energy developer revealed in July that it was planning on pumping $200m into a solar project in Jordan, which would go some way to help the Arab state in its battle for energy independence.