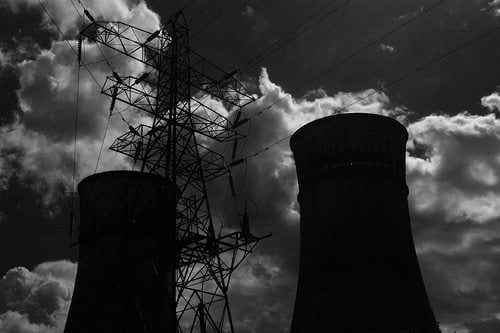 MPs must vote in favour of a decarbonisation target when the energy bill passes through parliament on Tuesday, knowing that the failure to do so would mean missing out on a “major opportunity”, says an alliance of businesses.

The energy bill will receive its third reading on Monday before MPs are given the chance to have their say on whether there should be a concrete 2030 target. They will vote on whether to accept the amendment tabled by Conservative MP Tim Yeo and Labour’s Barry Gardiner.

And the high-profile coalition of over 50 organisations has added weight to the calls, saying, “We represent different parts of society but are united in the belief that the energy bill represents a major opportunity to put the UK firmly on track to becoming a world leading low-carbon economy, boost employment and show genuine leadership in the fight against dangerous climate change.”

The statement, which has been signed by environmental campaigners, religious groups, trade bodies and businesses, was co-ordinated by the Aldersgate Group. The UK Sustainable Investment and Finance Association (UKSIF) is one of the organisations to have given its backing.

Chief executive Simon Howard said, “A decarbonisation target would support the creation of a clear and stable framework for the long-term investment decisions which are vital for sustainable economic growth.

“There is significant investor appetite for the UK to be a global leader in profitable low-carbon energy solutions, providing the high-quality innovation and jobs that the country needs to ensure a future economic recovery.

“We call on MPs to recognise this and vote in favour of enshrining the 2030 decarbonisation target in the energy bill.”

The government’s official climate change advisers, the Committee on Climate Change, recently claimed that investing in clean energy would bring about significant financial benefits, to the tune of around £1,600 per UK household, while also helping slash greenhouse gas emissions.

Labour leader Ed Miliband and Conservative MP Zac Goldsmith are just two of a number of MPs who have criticised the government over the lack of a decarbonisation target.

They claimed that investors could “lose interest” in the UK if the uncertainty within the sector continued, leading to significant economic shortfalls in the future.

Meanwhile, Friends of the Earth, another signatory of the Aldersgate Group statement, has singled out the Liberal Democrats ahead of Tuesday’s vote. Executive director Andy Atkins described the opportunity to block a ‘dash for gas’ as a “last chance saloon” for the party.