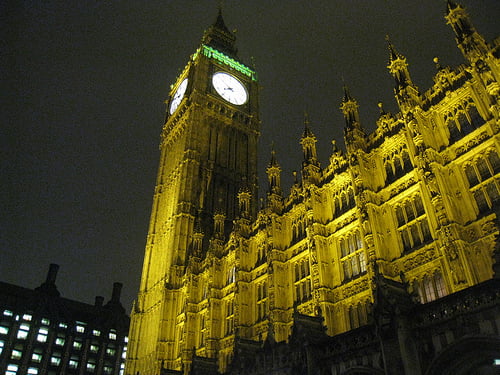 Populist, pandering and pathetic are all adjectives that lend themselves to George Osborne’s fourth budget speech. Entrepreneurs, businesses, scientists, local communities, parents and NGOs will be rightly dismayed.

Populist in that it offers relief on income tax, beers and cars. Pandering as it will appeal to the tabloid’s headline writers. And pathetic as this is a tinkerer’s budget.

We are knee deep in economic, social and environmental crises and the chancellor lacks the vision and courage to lift us out of the mess.

From a social and economic perspective, we welcome next year’s £10,000 income tax threshold, the £2,000 national insurance break, support for funding for local enterprise and a greater use of apprentices. As a business, we cannot but feel that lower corporation tax, if actually paid rather than offshored, is a positive step.

That said, the speech compounds previous failures to recognise the immediate and future climate, energy and resource threats to the UK.

Environmentally, we are dismayed with the chancellor’s lack of support for renewables and enthusiastic support for fracking – enthusiastic support that includes an even more generous new tax regime, on top of the existing generous subsidies for the oil and gas industry. The North Sea is to receive even greater subsidy with decommissioning relief. As we have pointed out before, fossil fuels already receive £2.60 for every pound of renewable subsidy.

Put simply, shale gas is not the future. It is an untested and potentially dangerous method of extracting harmful gases, which will then be burnt, pouring millions of tonnes of CO2 into the atmosphere. There is no evidence that it will deliver the volumes of gas that are wildly predicted – the US has slashed estimates on future production over the last 15 months.

Positive measures to deliver tax incentives for ultra-low emission vehicles and support for carbon capture and storage projects are drowned out by planning permission for a new nuclear power station and the exemption of the carbon change levy for energy intensive industries. The best way to avoid carbon emissions, as opposed to capturing them, and help energy intensive industries would be invest in stable, clean and limitless renewable energy.

The chancellor could not bring himself to even mention renewables, wind, solar, tidal or hydro energy.

Tonight, we will be attending the New Energy & Cleantech Awards 2013. It is genuinely tragic that our myopic chancellor cannot support the visionary innovators and long-term investors in this rapidly growing, disruptive sector. 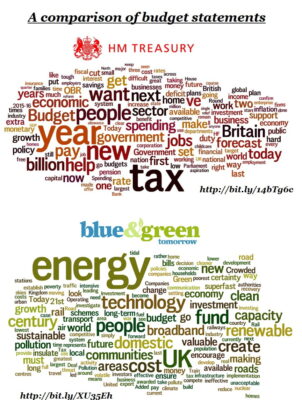 The chancellor slashed his own recent growth forecast in half. Despite that depressing statistic, this budget did nothing for growth. The chancellor’s remedy isn’t working.

Of course, creating a low-carbon economy should be done in a way that creates jobs rather than costing them. But nor should it cost the Earth. It should also be a strategic priority far higher than it currently is.

Planned investment in our rail network is sensible, but ever more roads will do nothing for the sustainability of our transport system. More roads mean more congestion and pollution.

An aspiration nation would consider the aspirations of our children, tomorrow’s citizens. We imagine they aspire to live in a clean, ethical, prosperous and stable nation, at ease with itself. The hopeless budget today has done nothing to secure that future.

This was not the budget we wanted to see, but it is what we have come to expect from this unsustainable and timid chancellor.