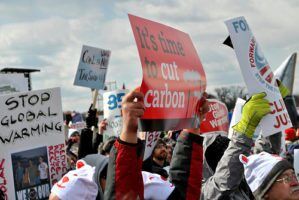 No Transition Yet For G20 To A Green Economy

Beijing has today noted how G20 needs to make more effort to switch to a  green, low-carbon economy, mainly in the areas of coal power expansion and climate policy, however it is heading in the right direction.

This is the key result of a comprehensive assessment of G20 climate action, released in Beijing today ahead of the G20 summit in China this weekend.

The report, “Brown to Green: Assessing the G20 transition to a low-carbon economy” has been produced by Climate Transparency, and written by a range of international experts and was launched at a press conference in Beijing.

The report and detailed factsheets on each country are available here.

With climate change high on this year’s G20 agenda, along with green finance, the assessment looks at a range of indicators on climate action, including investment attractiveness, investment in renewable energy, climate policy, the carbon intensity of both the energy and electricity sectors of the G20 economies, of their fossil fuel subsidies and their contributions to climate finance.

The G20 is responsible for 75% of global emissions, and its energy-related greenhouse gas emissions increased by 56% from 1990-2013. While the positive news is that this growth has now stalled, the negative is that there is still more brown than green on the Climate Transparency G20 scorecard.

“The G20 has proven that it can be nimble, and take action on economic issues, so we are looking to these countries to do the same for the climate,” said Alvaro Umaña, co-chair of Climate Transparency, and Former Minister of Environment and Energy of Costa Rica.

“Our report shows that while global emissions growth may be coming to an end, there is not yet the necessary dynamic to transform the ‘brown’ fossil-fuel based economy and into the ‘green.’ There remains a tremendous opportunity for the G20 to make this transition and provide the world with enough energy, create affordable energy access for the poorest people, and to stimulate economies,” he said.

While the G20 is rightfully addressing the issue of green investments, the climate needs an actual shift – away from brown – to green.

What’s in the report?

In terms of investment attractiveness in renewable energy, China, India, France and Germany, the US and the UK are rated the highest. However, both France and Germany’s ratings are at risk of dropping. Russia, Saudi Arabia and Turkey have the worst ratings.

“That China and India are rated the highest is a good signal – these are the economies where the transition will have the biggest impact on the global climate. France’s reliance on nuclear is stifling the emergence of wind and solar, and Germany’s proposed cap on renewable energy is worrying,” said Jan Burck of Germanwatch.

Coal is the main issue with the carbon intensity of the G20’s energy sector overall, because of the large number of planned new coal-fired power plants that would almost double the G20’s coal capacity. This would make it virtually impossible to keep warming even to 2˚C, let alone “well below 2˚C” or down to 1.5˚C as spelt out in the Paris Agreement.

The G20 member states’ pledged climate action is still far from where it needs to be to meet the Paris Agreement’s temperature goals. Altogether, the G20 needs to reduce emissions by six times what has been pledged so far by 2030.

“If G20 countries were to rid themselves of their reliance on coal, this would significantly impact their ability to both increase their climate pledges, and get their emissions trajectories on a below 2˚C pathway,” said Niklas Höhne, of NewClimate Institute.

There is good news on renewable energy, which has increased by 18% since 2008. However, to be in line with a 2°C trajectory, annual G20 country investment in the power sector alone will, by 2035, have to roughly double from 2000-2013 levels.

Energy-related emissions per capita, currently averaging across the G20 at 5.7tC02e/y per person, has decreased slightly, but needs to drop right back to 1-3tC02e/y per person by 2050 to keep on a below 2˚C warming trajectory.

G20 economies’ energy intensity and carbon intensity are both decreasing, but not enough to compensate for the increase in economic activity, therefore showing an overall increase in both energy-related CO2 emissions and primary energy.

“The G20 host country, China, has talked of the urgency of the climate issue. Our assessment shows China is taking more action than many countries. Climate leadership from China at the G20 Summit could help set the world on the right path to a future safe from the worst ravages of climate change,” said Peter Eigen, Co-Chair of Climate Transparency.

“Climate Transparency has provided comprehensive, comparable and credible information about G20 climate action. Our independent assessment comes from a range of stakeholders who bring different perspectives, a reference point that we intend to continue – and widen – in the future.”