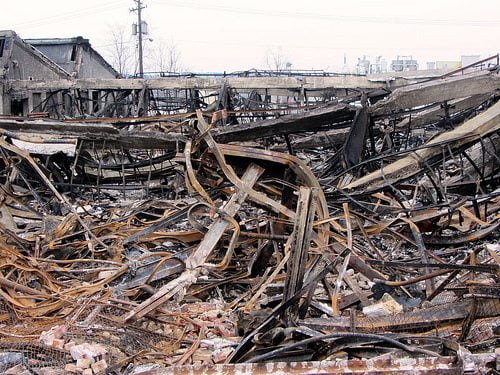 ‘Not just a hardware problem’: investors at risk from poor fire safety

The briefing, which was published as a joint venture between the two organisations, identifies the challenges facing industries, including increasing the standards of buildings and controls.

It highlights how fire safety issues are not solely the concern of emerging markets, but also of investors in the developed world.

More than 500 people have died as a result of fires in factories around the world in the last year alone, and the briefing claims that fire risks represent 32% of health and safety non-compliances globally.

In Bangladesh, more than 1,100 people died when a factory collapsed in April and factory fires are commonplace across the country. The UK Department for International Development (DFID) said it would help prevent future tragedies.

Bangladesh’s workforce supplies many western retail chains, and is highlighted as a particular area of concern. The briefing outlines “critical safety issues […] including blocked aisles/exits and fire fighting equipment inadequately installed or missing, [which] appear at the top of the list of health and safety concerns identified by audits in Bangladesh.”

Carmel Giblin, CEO at Sedex, said, “Looking across our global membership there are some excellent examples of buyers and suppliers working together to tackle fire safety – we urge others to follow their lead.”

Meanwhile Dan Viederman, CEO at Verité, said, “Safety at work remains elusive for far too many workers, demonstrating that buyers and suppliers need to go back to basics to ask are buildings safe, are fire safety systems in place, and are workers empowered to speak out if they feel at risk? Fire safety isn’t just a hardware problem – it requires that supplier staff be trained and workers be free to speak out.”

Sedex launched a film series back in July, in which it attempts to highlight particular challenges faced by multi-tiered supply chains and improve responsible sourcing.