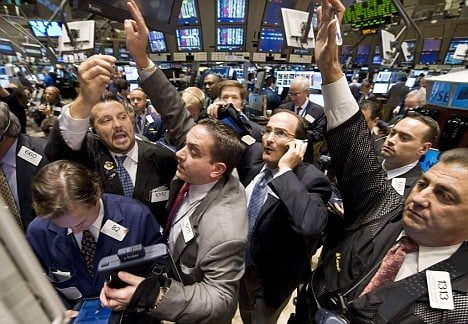 A US oil trader has been slapped with a £3m fine by officials in the US and the UK, after manipulating the financial markets using high frequency trading.

Michael Cosica, founder of Panther Energy, was issued the penalty after it came to light that he had been using a sophisticated computer system, known as algorithmic code (algos), in order to influence the markets to maximise his returns.

Cosica was investigated by the Commodities and Futures Trading Commission (CFTC) and Chicago Mercantile Exchange (CME) in the US and the Financial Conduct Authority (FCA) in the UK. The US regulators handed him a fine of $2.2m (£1.4m), and their British counterparts demanded nearly £600,000. He was also ordered to repay any profits he made.

A spokesperson for the FCA said, “The FCA is primarily concerned with ensuring that  all trading activity, including high frequency trading, is compliant with our rules.”

They added, “This case sends out a clear message to traders. If you manipulate the system, we will enforce the powers we have at our disposal.”

Algos are designed to react to changes within the market in the same fashion as a human, and are programmed to make thousands of financial decisions every second in some cases.

Manipulation occurs however, when aggressive trading techniques are used to force down the price of a particular market and maximise profits for traders.

Robert Peston, BBC business editor, claims that in New York, 70% of decisions are made by black boxes, the computers used in high frequency trading. In London, this figure is 30%.

A Dark Magic: Looking at the impact of high frequency trading on financial markets