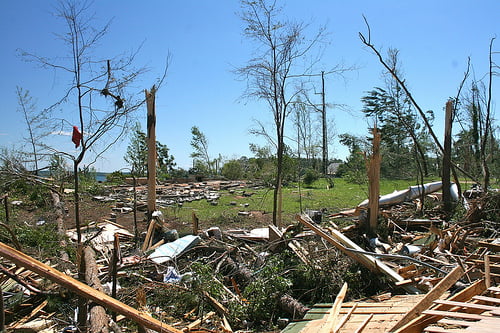 Residents affected by the Oklahoma tornado in the US might not have sufficient insurance cover to restore their properties, with the insurance industry already struggling because of the frequency of natural disasters.

According to the Huffington Post, some homeowners and businesses decided to buy less insurance to save money and will therefore now face troubles because of insufficient compensation to rebuild what they have lost.

In addition, many people hit by the catastrophe in Moore this week were renters; therefore most did not have insurance.

Dr Robert Hartwig, president of the Insurance Information Institute (III), said, “Over the past five years, insurers paid some $75 billion to victims of these events. As the events in Moore tragically demonstrate, this trend toward more violent and destructive weather patterns shows no signs of abating.”

“While replacing and repairing damaged properties may not be a high priority at the moment, the insurance industry will play a significant role in rebuilding Moore and other parts of Oklahoma just as it did following the storms in 1999”, Hartwig added, referring to a previous tornado that left 41 people dead and $1.4 billion (£900m) losses.

Earlier this month, provider of risk management services Aon released a report called Global Catastrophe Recap, which analysed the impact that natural disasters have on the insurance industry.

The study referred to the month of April and noted that hail and flooding caused most of the $700m (£464m) damage;, not just in the US, but elsewhere in the world.

Meanwhile, the UN estimates that natural disasters have resulted in a $100 billion (£66 billion) loss in the last three years alone.