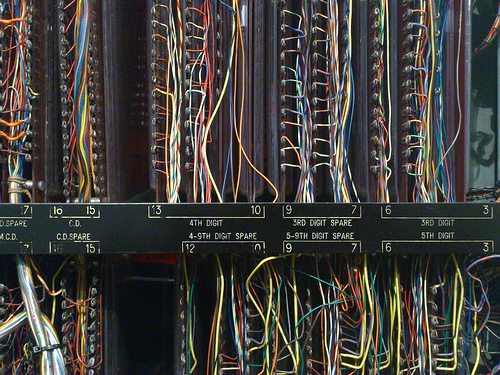 On this day in 1956: premium bond scheme debuts

Fifty-eight years ago today, the premium bond scheme was presented to MPs by then-chancellor of the exchequer Harold Macmillan. Introduced as a means of controlling inflation as well as incentivising the general public to save money, it is now one of Britain’s most popular forms of savings account.

Despite being introduced in the late-50s, premium bonds were first proposed in 1916. Rejected at the time, it took 40 years for them to be accepted.

Initially offered to the public in April 1956, premium bonds didn’t officially go on sale until November 1 of that year. The tagline for their promotion was ‘saving with a thrill’, with the word ‘prize’ adopted to encourage investment. This appeared to work, as the first day of sales saw the bonds sell more than £5m.

Yet, it wasn’t until June 1957 that prizes were given out; six months after their launch. Using an Electronic Random Number Indicator Equipment, pictured, also known as ERNIE, winners were chosen by picking out a holder’s numbers that then corresponded to investors. The minimum eligible investment was £1, with potential winnings of £1,000.

How do they work?

Premium bonds differ from most other investments in that they offer ‘prizes’ and not interest. These financial rewards are also tax-free, and do run less risk due to the initial investment being secured by the government. The investor can take their money out of the bond whenever they wish without losing the initial investment.

National Savings and Investments (NS&I) issues the bonds, as well as determining the odds on how much can be won. Odds can vary, meaning that the chance of winning alters depending on when the bonds were purchased. Premium bonds have been available for online purchase since early 2005.

Those wishing to purchase the bonds must be over the age of 16. Guardians and parents can purchase bonds for children under-16 as long as the purchaser holds them until the child comes of age. The bonds are sold at various outlets, with post offices and supermarkets most popular. Each bond is then entered into the prize ballot two months after being purchased.

Each £1 buys one bond, meaning there is an equal chance to get the prize. It also means that the more that is invested, the greater the possibility of winning.

Where are they now?

Since its inception, the premium bond has gone on to become the UK’s most popular form of savings account. Offering the chance for the general public to win large sums of money, the UK now has over £47 billion tied up in them.

As with many saving accounts, a portion of investments has remained unclaimed. Roughly £30m is reportedly waiting to be given to ‘winning’ investors.

Nowadays, premium bonds divide opinion. To some, they are seen more as a lottery, where the chance of winning is idealised as being life-changing sums of money. Others – typically those who invest larger amounts – see premium bonds as a more risk-free form of investment, offering greater returns.

Moneysavingexpert critiques the relevancy of the bonds in the current market, arguing that they offer less than typical ISA accounts.

“The value of prizes paid out is determined by an interest rate, which is currently 1.3%. It usually changes when the Bank of England base rate changes, but can also change depending on prevailing market savings rates – NS&I shouldn’t be a best buy”, it writes.

“If you owned every premium bond in existence, the amount won over a year would be equal to 1.3% of what you put in. So very roughly, for every £100 put into premium bonds on average, you’d expect a £1.30 annual return.”