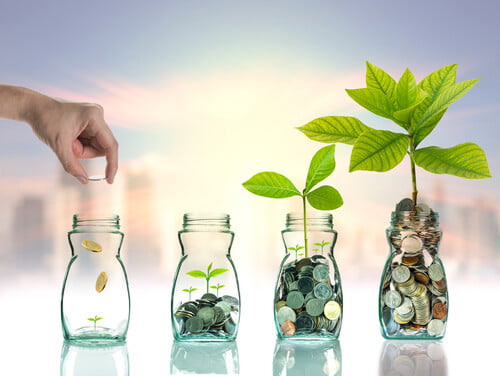 Now we know Bitcoin is nowhere near some of the ridiculous “$50,000 per coin” predictions that were thrown about last year. Ethereum is selling for just a tenth of its January value, and many tokens have crashed to prices that are even below their listing prices.

Yes, many uninformed investors were caught cold by the disappointing prices of 2018, but this is actually a good thing. This is because the events of this year in the cryptocurrency market has helped to sift out the wheat from the chaff, and now cryptocurrency tokens can now be judged from the worth of their fundamentals. Those that have valuable use case applications will be the ones that will draw interest from investors as from 2019 and there on out.

Where Crypto Goes From Here

The most difficult task is now to determine which ones have the highest potential. When you do that, it is not difficult to monetize on your prediction as there are many good cryptocurrency brokers where you can open trades. Of course, the junk tokens will be showcased for what they are and no one will come near them (except those who buy into all the speculative hype being sold out there and allow their emotions dictate their investment decisions.)

One ecosystem that holds great value potential for investment is the environment. Eco-friendliness and green solutions for clean air, water, and lands will continue to be a dominant pursuit in our world. As the world struggles to deal with the effects of global warming and environmental pollution, cryptocurrency projects which present valuable use cases for eco-friendliness will continue to remain relevant and will attract the attention of developers and investors.

Here are three eco-friendly crypto projects which will gain traction in 2019 and beyond for the value that they will bring to the environment.

A lot of the push for saving the environment focuses on global warming and air pollution. Perhaps not much attention is being given to the soil. The human population is expanding at a rapid pace. This expanding population needs to be fed with food grown from land, which in itself is a finite resource. As it is, the percentage of arable land that can produce food for the expanding human population is dwindling.

Available arable land is being stretched, leading to nutrient depletion. This is why farmers have for decades, turned to inorganic fertilizers to get more out of the soil to improve crop yields. But the use of inorganic fertilizer has been shown to have a long-term negative effect on the soil. Not only do inorganic fertilizers lack the micro-nutrients required to balance the soil nutrient structure, but they also leak into groundwater sources and contaminate them. They also increase the atmospheric levels of nitrous oxide, thus causing air pollution.

Why is this project worth investing in?

Furthermore, there is a Proof of Assets Model in place which will enable token buyback and burning of undistributed tokens. This will preserve the relative scarcity of the NGRX token and preserve its value. So, this is one project that you need to invest in.

This project aims to incentivize investors by providing them with the SolarCoin tokens for every megawatt of electricity generated using solar solutions. This is one project which has the potential to change how power is generated and utilized in the world. Around the world, many power projects are non-modular and utilize gas generated from fossil fuels. There are even countries where vandalism of gas pipelines is a huge issue. The use of fossil fuels has long been recognized as contributory to the greenhouse effect and is damaging to the environment. Solar energy is about the cleanest source of energy around. It does not even require generation; it just needs to be harnessed and converted into a usable form.

So, what this project is all about is allowing solar energy producers to add an income stream. Not only can they sell their power to end-users in their communities, but they can also use their activity to acquire SolarCoin tokens per megawatt hour of electricity produced. This is good for the environment and can also contribute towards subsidizing the costs of solar energy generation. Distribution of SolarCoin tokens is expected to last until 2054. The project has not yet gained a lot of traction, but at 2 cents per token, you can actually invest in this project and benefit from expected price appreciation as the world starts to shift from fossil-fuel driven power generation to solar energy driven power generation.

To round off this article, we turn our attention to Cryptoleaf, a project which aims to solve real-life problems within the environment using a multi-pronged approach. On one hand, Cryptoleaf wants to create a blockchain-based platform for businesses that are developing solutions to environmental problems. Cryptoleaf also has its own eco-friendly projects around the world. For instance, several bio-gas plants have been developed to generate clean electricity, heat and fertilizer from organic waste. Similar bio-gas plants are also going to be launched, specifically to make use of vegetable waste as feedstock. Cryptoleaf also intends to get into the shipping industry by substituting current ship engines which produce lots of CO2 emissions, with ships that run on methanol fuel. This is being done to reduce carbon emissions.

By providing a network for eco-enterprises to setup their projects, using the LEAF token as incentive and transaction currency, it is believed that these eco-companies can reduce the costs of their operations and drop transaction fees from 2.5% to as low as 0.1%.

There is a lot of potential in helping the earth and making money saving the environment. These 3 eco crypto projects are projects that have solid fundamentals which will deliver value to investors in the long term. They are probably not for speculators who want to be part of the next “10,000% growth in 1 year” ICO projects; indeed, those days may be far gone. Going forward, crypto projects will now be all about value and not speculation, and these three projects hold such potentials.