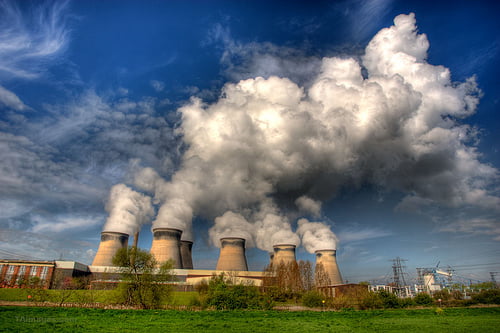 Over 35 organisations, from energy companies to membership groups, have signed a joint statement to MPs, calling for a decarbonisation target to be added to the energy bill.

The letter from the alliance, which has been co-ordinated by the WWF, comes after Conservative MP Tim Yeo and Labour’s Barry Gardiner tabled an amendment to the bill earlier this month so that it included such a target.

Greenpeace subsequently took to Twitter to urge MPs to add their backing to the pair’s changes, which would help the UK become a world leader in clean technology – something that is currently being scuppered by George Osborne’s ‘dash for gas’ strategy.

Signatories say that the energy bill “represents a major opportunity to put the UK firmly on track to becoming a world leading low-carbon economy, boost employment and show genuine leadership in the fight against dangerous climate change”, before adding that the inclusion of a decarbonisation target would “secure the future wellbeing of our economy, our environment and future generations.”

David Nussbaum, chief executive of WWF-UK said, “This is exactly the sort of long-term signal that investors are looking for if we want to attract the billions of pounds of investment needed to strengthen the UK’s position as an industrial leader in green technologies, creating highly-skilled jobs in the process.”

Among the signatories are 100% clean electricity firm Good Energy, sustainable bank Triodos, environmental groups Friends of the Earth and Greenpeace and charities Christian Aid, Oxfam and the RSPB.

“A decarbonisation target will help create a clear and stable framework for the long-term investment decisions which are necessary for sustainable economic growth”, said Penny Shepherd, chief executive of the UK Sustainable Investment and Finance Association, another signatory of the statement.

“The range of signatories to this call demonstrates the appetite for the UK to be a global leader in low-carbon energy solutions, providing the high quality innovation and jobs that we need to thrive in the future.”